Hello everyone! How are you handling these intense energies? Are you able to remain calm as the chaos continues in the world? I have been extremely busy and that is why I did not get my article written in May. Mars moved into Aries on May 24, and that was the day the shooting at the school in Texas occurred. My compassion goes out to all those parents who lost their beloved children. When will all this violence end? Unfortunately, Mars will be in its own sign of Aries until July 4, 2022. We are in a cycle of Mars energy right now so we will probably see more violence, fires, shootings, war energy, and arguing between family members or friends. Mars is also a get things done type of energy. Especially since Mercury just went direct. 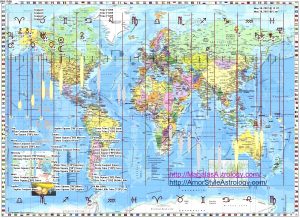 The New Moon happened on May 30, 2022 at 7:30 AM EDT. Mars and Jupiter were moving into a conjunction in Aries at that time. The energy of a Mars/Jupiter conjunction affects businesses and money, usually for the good of all. Being the conjunction will be in the sign of Aries, there will be many new starts in the business world. The challenges of Mars in Aries will be fires, explosions, accidents, arguments and fights on all levels. The negative manifestation of Mars is violence and that is why we need to keep our temper cool.

The positive aspect of Mars is peace, so let’s manifest the peace aspect of Mars. Chiron is also in the sign of Aries so that may bring healing to the Mars/Jupiter aspect. Eris, the God of Chaos is also in Aries so there might be more chaotic energy when Mars moves closer to Eris on 24 degrees Aries. That will be more toward the end of June and that is when Mars will be very dominant.

The Sun and moon were on 9 degrees Gemini on the New Moon of May 30, 2022. The meaning of that degree is “A Quiver filled with Arrows” According to the book “An Astrological Mandala” Man’s aggressive relationship to natural life, is a basis for survival and conquest. (That definitely fits the war in the Ukraine.) I guess that war will still go on for a while, or the number 9 degree could also mean the end of that war before long. We will have to wait to see what happens there. I read on the Internet that Putin has Cancer. He sure doesn’t look very good right now. If that is true, and he gets really sick maybe that war will end soon.

Venus and Uranus are both in Taurus now and Taurus rules money. Venus also rules money and Uranus rules unexpected things. It looks like there may be some unexpected event that affects money in the next couple of weeks, hopefully a good event. Venus will conjunct the planet Uranus in mid-June. The north node will still be in Taurus until July of 2023 so the emphasis will still be on money for a while.

Crypto Currency will soon become more popular. Crypto Currency is the money system for the Age of Aquarius on the 5D earth. We are slowly moving through the 4D Earth and many of us have now moved into 5 D where we can create what we choose to manifest with our thoughts. Visualize what you choose to have and then watch it materialize.

I am tired of living on an earth filled with violence. We are witnessing a war in the Ukraine that has been going on for a while, and we can sit and watch it on TV, if we choose to do that. The war in Iraq was also a TV war. I think there is too much violence on the news and I think that just creates more violence. Why don’t they show us some good news? Of course, we can just turn off the TV.

Now that we are in the time of Mars dominance, because Mars is in its own sign of Aries, it is the time to really keep our cool and watch our temper. The world is being threatened with war right now. China keeps flying its fighter planes over Taiwan and threatens that country constantly. The ending prophecy is China threatening the USA, which is what they are doing now because we are connected to Taiwan, and China wants that country. Then there is the war in the Ukraine. That has been going on since February 24, 2022 when Russia started an invasion of that country. Because Mars is considered the war planet, and is in Aries right now, it would be a good idea to pray for the safety of the people in the Ukraine, and the whole world. North Korea could also become a problem. They send missiles our way quite often.

We are at the ending of the Book of Revelation and the pandemic is almost over, although there are still people catching the Covid virus. In fact, one of my daughters is just getting over a bout with that illness and a grandson too. They were both vaccinated. We have been in a very testing time period and it feels to me like the world is going crazy. I had one friend die of Covid and four from Cancer, which also seems to be running rampant right now. It gets very lonesome when your friends leave. I really miss them, although I know they are in a better place because I have been on the other side temporarily and it is very beautiful. I choose to stay here because I want to see how this whole drama on Earth ends.

In the meantime, we can all manifest love, and if enough people manifest love the violence on Earth will finally go away. We are in the time period spoken of in the Bible as the separation, which has been caused by the Virus and the war in the Ukraine. The Bible says that two will be in the field, one will be taken and one will be left. Many people have died from the virus. Others have died from violence, or some kind of illness. The meek (or loving people) will inherit the Earth. Then everyone who is left will be here to experience the finale, which is fast approaching. Keep praying for peace in the world, if you choose to do that, and it will finally happen.

The planet Mercury has turned direct in Taurus. Mars and Jupiter have been in a conjunction in Aries activating violence. Venus and Uranus are both still in Taurus, the sign of money along with the North Node of the moon. Neptune is in Pisces to help dissolve the challenges of the Earth, and the sun is in Gemini. Saturn is in Aquarius and Pluto, the transformer and the planet of birth and death, is still in Capricorn where it has been in the process of changing the political systems of the world.

I send you my blessings for a loving and happy life. I think people are too serious and angry these days and laughter helps us become more loving people. Love – laugh- be happy – and enjoy life. So Be It!

Mira of the Pleiadian High Council: Removal of the Dark

The Rapture and the Planetary Parade of June 2022

Thank you for reading my article and I welcome comments on it as long as they are not too negative. I work on keeping myself a positive person.

I am open to donations at paypal.com under planetalert@hotmail.com Thank you in advance!