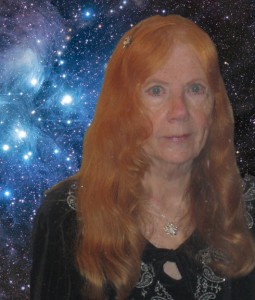 I am an Astrologer, Writer, and Speaker. I write an article called Planet Alert that is published once a month and goes out on the Internet for free.  I have been writing this article since 1988. I was the editor of the Newsletter that was mailed out by the Asclepius Light Center for many years. In December of 2008 we stopped sending out the newsletter by snail mail and my Planet Alert went online.

I had a dream in 1986 where I was told to ask two of my friends to start a church with me. This dream came true and the three of us started the Asklepius Light Center in March of 1987. This church continued until April of 2011 when we closed our church. Jeanne Williams, who was the one in charge of the church services became sick and died in September of 2012. She was a wonderful person and I miss her. I am still a minister of that church.

I have also been a guest on many TV programs, radio programs, and for the last few years, internet radio programs. My specialty is Mundane Astrology, also called World Astrology. My writings have been helping people understand what is going on in the world and how it is affecting them. I think I have done a good job because people seem to enjoy my articles. I will continue to write these articles for as long as they are needed. People from all over the world read my articles, and it is fun to get emails from people in different countries.

As of this writing, which is November 2013, we are now in a new energy that is much different than it has been in the past. The world will now become a much better place to live because we will be living on a higher dimensional world. The old way of doing things will disappear and the new world of love will survive. So Be It!