This Total Lunar Eclipse is revealing an Epic Story so how does it relate to you? I will be sharing the Astrology and also the Gene Keys words to give another layer of clarity to the meaning of the eclipse for us humans and how to work the energy to your best advantage.

The Lunar Eclipse is on the Taurus Scorpio Axis so it magnifies the effect of a Lunar eclipse to open up the subconscious mind revealing things which may have been hidden behind the veil With the Moon in Scorpio we may expect it also to generate some pretty intense emotional waves from the depth of our being. The Sun is conjunct the 9th planet Sedna who embodies and heals the Father Daughter wound. 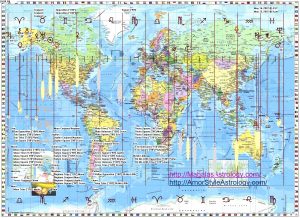 The Inuit Sedna, who lost her mother young, was very independent as a young woman and didn’t want to marry which I’m imagining would have been unusual in that tribal setting where the rules are pretty rigid for survival’s sake. She echoes many women who reject traditional marriage values. Eventually though, under pressure from her Father she marries someone who turns out to be violent and cruel. How many of us have walked into these situations unwittingly just as Sedna did? Her Father undertakes a halfhearted rescue attempt but to save his own life he throws his daughter overboard and smashes her hands off with the oars to boot. What a sorry state the Father must have been in to capitulate so easily to his fears, it almost goes against nature to comprehend his betrayal, but it happens every day to so many daughters.

Sedna lives from then on in the icy Northern oceans so there is no return to ‘normality’ for her, the one compensation being her friends the dolphins and whales. The damage is too great and there is no cure, no number of counselling sessions that will heal this. I have found myself at this wall of acceptance some years ago and perhaps you too have certain wounds that you have tried so hard to heal, and yet there they are still. Our only choice then is acceptance and self-compassion which does lead to an easing of the suffering.

Also, conjunct The Sun is the Roman Goddess of Truth Veritas. We are transitioning into a whole new way of understanding and being that comes from the body and emotions and is not solely focused in the mind.

Here is one example of what living in our minds does. Most of us reading this will be living in Western Societies where the likelihood of starvation is very low, and yet for how many of us is money our biggest source of worry? It definitely is the thing that most often ‘gets’ me. Yet I was reminded this week of what a crazy middle class preoccupation that is when there are people with no homes, food, medical supplies and yet here I am worrying about small things as a really bad habit. There is a lot of evidence that even really wealthy people worry about money and having more does not necessarily negate this deeply rooted survival fear.

The survival fear though I feel is based actually in the profound Wound of Separation that we experience very acutely in Western ideology. My experiences in South Africa were that people living in a way that was more communal and supportive to each other did not experience this kind of fear around money, even though they were really living hand to mouth. So, it’s something particular and insidious to the conditioning of our minds that we are so controlled by this fear and our feeling of having to go it alone.

It feels this eclipse may well offer us insight into our own depths of fear and how that is paralyzing our inherent vitality and creativity as human beings. All our creative power is really needed right now as we face the many challenges of the environment and crumbling systems around us. The Moon is conjunct the asteroid Karma so we may expect to see exactly what ours is to work with.

The Moon’s nodes (Great Cosmic Serpent) really caught my eye at this eclipse because the North Node is at 22 Taurus 22’ and the South Node 22 Scorpio 22’. I had just been sent some wonderful information about Stars the day I was looking at the Eclipse chart and noticed that the North Node is aligned to a Star called Ainalhai – Eye of Serpens and Kakkab which means Guide.

As a Priestess working with gently unfolding these ancestral oracular gifts this felt important. Perhaps you too are noticing increased capacity in your ability to ‘see’ through the veils, to see with every cell of your body. It feels there is a great purification going on which has many sources including Ceres, The Mother Goddess and her daughter Persephone transiting Gene Key 12 recently with its Siddhi of Purity. It’s like the inner windows are being cleaned of thousands of years of grime and untruth.

This encouraged me to look more closely at Asteroids that are associated with Oracular powers and I found two startling things.

Firstly, Minerva the Goddess of Wisdom is currently exactly conjunct Pluto and Amycus. Amycus is associated with treating people the right way and innocent victims of violence. As Pluto entered Gene Key 60, the Cracking of the Vessel as it is known, and the USA Pluto Return started and the war between Russia and Ukraine. The Astrology reveals this to be a global war, very much connected to the USA karmically.

Earlier in the year, I wrote a few blogs referring to a book called Pluto or Minerva: The Choice is Yours by Isabel Hickey an Astrologer alive at the time Pluto was discovered. She experienced Pluto as a Binary energy with one side being destructive Pluto and the other being the higher feminine Wisdom of Minerva. The Hubble Telescope indeed discovered that Charon was actually another planet and not a Moon, so Isabel was spot on! Minerva was a Goddess of the Etruscan civilization in Italy that had Beauty, Art and such things at its heart – no doubt a star seeded culture come to help humanity and teach us better ways to live.

So, this moment in time as Minerva transits Pluto feels incredibly significant in the capacity of the Divine Feminine Wisdom to break through. Minerva like Pallas Athena rules the mind and the frontal cortex especially which helps us understand cause and effect. It gives us access to pattern recognition which is the foundations of oracular abilities

The second wondrous finding is that a Centaur called Okyrhoe is conjunct Neptune and Mars in Pisces (Gene Key 36, Compassion). Okyrhoe has appeared a number of times in the Venus Moon Etheric Temple where I hold a space for women you might say on the other side of the veil. An important concept of the Venus Moon Temple is Sanctity and Sanctuary -that these oracular gifts open when held in the right way in veiled safe spaces. Anyone is welcome to join, but you have to make an effort for the deeper mysteries to be revealed to you.

Okyrhoe is the daughter of Chiron the Wounded Healer and his wife Chariklo, a fascinating Centaur with many healing associations including shape shifting and sacred geometry. Okyrhoe was born with Prophetic powers but she blurted out in her youthful exuberance some pretty profound things which of course turned out to be true. She was punished by the gods for saying these things outside of the Sanctity of the Temple and turned into a mare. She later became Pegasus in the Stars. She therefore asks us to consider who we are sharing our Wisdom and Prophetic powers with? We live in fascinating and Aquarian times where it’s a level playing field, and yet within that have we perhaps lost contact with the need for Sanctity of certain things? I know I feel offering much of my deeper work to a closed group who really want to be there is so much more rewarding that putting it all out on the open internet. So, this eclipse may bring these things to the surface, perhaps realizing we have been over riding our own need for Sanctity in some way?

Thank you for your time in reading this. If you would like to know how these bodies effect you personally, I have three add on reports I offer with a Goddess Asteroid reading with the basic price of £147 that can really help unlock and unblock these gifts.

Email me today at astroalison@gmail.com to schedule your bespoke reading

I have also done a podcast on the Total Lunar Eclipse which includes some other nuggets you might enjoy. This is a link to it on my You Tube channel Alison Dhuanna Goddess Asteroids and Gene Keys https://youtu.be/gzYJU38XO00

Begin your own Gene Keys journey by getting your free Hologenetic Profiles at https://genekeys.com/ref/610/ I offer one to one readings of your Gene Keys Hologenetic Reading