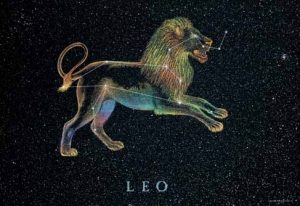 Hello everyone! How has life been treating you? Are you healthy, wealthy, and wise, or are you in chaos like most people are at this time? This chaos has been caused by the energy of Pluto making a square to Eris, the planet of chaos. We are in this time of chaos because we are moving into a new creation. We are creating the New Earth where love will reign after we pull ourselves out of this chaos into a new reality.

Today is August 11 and we have now finished our trip through the Lion’s Gate into a new energy. My trip through this Lion’s Gate was very challenging for me. It started way back on July 16, when I lost a tooth. It just fell out of my mouth and it was my chewing tooth on the lower part of my left side. It was a real challenge to change my bite from my left side of my mouth to my right side. It is just like learning to eat in a different way. Then I got a bad headache that lasted for over a week. It was like a migraine headache and I could hardly read. I now think my headache was caused by my tooth. Needless to say, I had a very challenging time moving through this Lion’s Gate energy, and that is why my article is late. 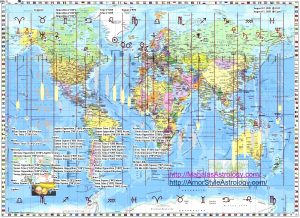 The sun is in the fire sign Leo right now and will stay there until August 23. Then the sun moves into Virgo, which is a female sign that rules the earth. The sign Leo is ruled by the lion and that is why we have the celebration of the Lions Gate every August. This is an ancient celebration and it is always at the time the star Sirius rises over Egypt. The Beings from Sirius built the pyramids and the Sphinx. The Sphinx has the body of a lion and the head of a woman. This is symbolic of the coming together of the male and female energy.

The three small pyramids in Egypt line-up with the belt of Orion. The belt of Orion is the gateway we go through to get to heaven. I looked up the word Orion a long time ago and one of the meanings was heaven. The Great War in heaven started millions of years ago in Orion when Satan tried to take over the Universe. Thank goodness the Galactic war is over and it is now finishing up on earth and that is why it is so violent on this planet right now. The war on earth will soon be over as our planet moves into 5D.

We moved into the 4D earth on August 17, 1987 when the Harmonic Convergence happened all over the world and people took the day off to meditate and celebrate. This is the dimension of the psychic realm and 4D includes the good, the bad and the ugly. Then all of a sudden Art Bell showed up with his radio program that brought out the information people needed to know. Thank you Art Bell for the job you did when you were still on this planet, and then George Noory took over the radio program. Thank you George.

Now back to the planets and the kind of energy they are creating. The most dominant one now is the square between Pluto and Eris. Incidentally, Pluto, which rules virus, was right over Wuhan China when the virus started. Pluto moves so slow that it is still over that area and that is why there has also been so much flooding in China lately. Pluto rules Scorpio and that is a water sign. Pluto is retrograde until October 6, 2021 so the virus will probably be around for a while. When we move into a higher frequency earth the virus will be gone.

Pluto in Capricorn also rules transformation of governments and everything connected with government events. We are really feeling this energy in the United States and so are other countries. They are protesting big time in France because of the virus and the shut-down it has caused in their country. I heard they cannot do anything because of the virus, although the brave ones are protesting. There has also been major flooding in various countries of Europe and this will continue.

The pandemic has affected the whole world and it is fulfilling the part in the Bible where it says “Two will be in the field, one will be taken and one will be left.” Those who are manifesting the higher frequency earth will not be affected by the virus. We are close to the part in the Bible where it talks about how the sun becomes dark and the moon will not give its light. I received an interesting email about the three days of darkness and here is a link to that article [editor: could not find the link, included email below]. It talks about how a ship will move in front of the sun and block out the light from the sun. I believe this prophecy is about to be fulfilled because a dream told me so a year ago. This is when we totally move into the 5D earth and we will also be able to reach into the 6D which is the frequency of magic and miracles.

Pluto is also creating the great transformation that is happening on earth right now with all the floods, fires, and volcanic eruptions that are happening all over the world. I saw a picture of Turkey and it looked like the whole country was on fire. We are now in the fire sign of Leo and that energy is manifesting very strongly on the West Coast like Oregon and California. A whole town burned down in California. When a fire is really close it is very frightening. It looks to me like the earth changes are happening full force right now. We are finally at the end and the new beginning.

I feel very lucky to be living in Seattle because we have not had any large events here for quite a while. I hope it stays that way. There is a large space ship that I can see out my window every night, when the sky is clear, and I believe that ship is helping this area by preventing any large earthquakes, volcanic eruptions or fires from happening. I call it “The Blue Star Ship”. This brings to mind the Hopi prophecy that says “When the Blue Star appears in the heavens and the people finally take off their masks then the end will come. Some people have already taken off their masks.

The dark side has been very powerful and they took total control of the earth and now it is time for them to go down. The battle between the light and the dark is very strong right now although with all of the light waves that are coming to earth everything is starting to change. Remember it is always darkest before the dawn and that is where we are right now. It may not appear like the light is winning but it is. The light is shining on earth and the dark is coming to an end. The light has won and that will be apparent very soon so be prepared for the 3 days of darkness and be aware of the Solar Flash that is also coming soon. Let’s all stay peaceful as we continue to move through this chaos. Walk softly on this beautiful planet and you will be fine as we continue to move through these fast-approaching changes.

Another interesting event happened on August 9 when there was an explosion in the constellation of Ophiuchus/Asclepius which is the 13th sign of the zodiac. It is time to bring back the 13th sign of the woman and set up a new Astrology chart. We are now in feminine energy which will manifest as love in our hearts. Here is the link to that article. SpaceWeather.com.

I send you my love and I want to thank everyone who sent me donations of money last month. That money will be spent as our part of the project of having my husband’s cancer sores taken off and he has many. This will start on August 19, when the doctor comes back from his vacation. I always appreciate donations. Mahala

The email referenced above:

UNDERSTANDING THE THREE DAYS OF DARKNESS
The Earth has already been aligned by the fleets, so it slowly returns to the right, without a major catastrophe or the extinction of the human species.
If the poles of the Earth were suddenly reversed, it would again cause destruction through major earthquakes and tidal waves.
Two gigantic spaceships have positioned themselves, the Archangel Michael’s ship and the Athena Ship of the Arcturians, these spaceships, are composed of consciousnesses and within them there are still other consciousnesses.
Each spacecraft is positioned at one end of the Earth’s magnetic poles, slowing the planet’s rotation until it stops spinning completely.
In the final moments of this intervention, one of the ships will be positioned in front of the Sun, where it will also stop and slowly begin to move away, so that the Earth rotates clockwise again.
This journey will take three days, causing the three days of darkness.  This is the time it will take for the ship to make the trip, staying between the Sun and Earth and returning from the same side that it entered.

Electrical and electronic devices and everything that contains electricity, electromagnetism, will stop working due to the approach of these boats.  A few days before, all beings on planet Earth will hear a signal that will warn them of what will happen.
One last call from Our Mother Mary, who will speak in the ears of all her sons and her daughters, who will remain undoubtedly, especially for those awake who will clearly understand the signal.

After three days of darkness, we will have contact with all beings that are already in the fifth dimension and the Earth will be on its original axis, fully connected with the Central Solar Light.