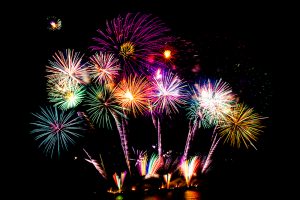 I hope all of you had a wonderful July 4 holiday. It is fun for the people in the USA to celebrate the birth of our country. It is like a large birthday party for everyone. There were many fireworks set off where I live even though it is illegal to do so, and the fireworks continued past midnight. I guess there are many rebels that live in my area of Seattle. The display was very pretty, although it was very noisy and scared the animals. 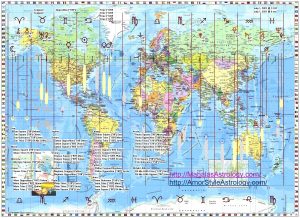 The first week of July has been very intense. That is because there was a T cross in the heavens on July 1, 2021 that had three planets forming the cross which were Mars, Saturn, and Uranus. Mars rules anger, fires, explosions, and anything else of a Mars nature. There have been many fires all over, especially on the West Coast in the past week. Mars is also in Leo, which is a fire sign. Saturn rules governments, politics and anything on a controlling level. Uranus rules light, storms, high technology, cyber-attacks and is in the earth sign of Taurus. These are the events that have been highlighted in the first week of July.

The birth chart of The United States is considered July 4, 1776, and Pluto was on 27 degrees Capricorn at that time. Pluto moved up to 26 degrees Capricorn in February 2021 where it stayed until June of 2021. Pluto almost hit the transformation degree of endings but now it is retrograde for a while and will take some time before it goes direct again on October 7, 2021

We had to go through this chaos to transform into the light; otherwise we would have remained stagnant. Because the world has been in a major time of transformation as it moves out of the darkness into the light, it has been quite an experience. It has been a very long and trying time period. This has made us very strong and we will make it into the light. We are starting to come out of the chaos, although it will still take a while.

On July 1, 2021 we moved into the time period of having to look at what the dark lords (controllers) have done. Everyone needs to know this and it will be made public. Mars moved onto 12 degrees Leo in a perfect opposition to Saturn on 12 degrees Aquarius on July 1. Then we have Uranus on 13 degrees Taurus, and Uranus is the planet of light which formed a perfect T square in the heavens. We will now watch the dark Lords fall from power. The light will win because of the high frequency earth we now live on and Uranus rules as long as it is in Taurus, which rules the earth. The dark is just the shadow and that is why it has to be exposed.

Mars opposing Saturn means professional problems, frustration, legal battles and conflicts with authorities and government agencies. This energy can bring up physical danger and even arrests. The meaning of 12 degrees Leo is a possibility of punishment of people in high offices of government. That is interesting! Another negative aspect of 12 degrees Aquarius is people who like to argue and legs that hurt. Leg problems anyone? Venus is hitting the T-cross degree today on July 5 and this may start bringing in some softer energy.

Then we have Uranus on 13 degrees Taurus. The number 13 is the number of the feminine energy (within everyone) which is LOVE. This is also the degree of oratorical ability which is usually used for political purposes. I wonder how long we will have to go through the period of watching the Dark Lords fall. The justice department seems to take forever to get anything done so it might take a while. It might last all summer or longer. Or maybe it is time for the Solar Flash to happen that will change everything. This could happen at any time now. I do not know the time but we did have the first X-class solar flare in 4 years on July 3, 2021.

The head of his organization is Allen Weisselberg and he is the one who was charged with the crimes. It has been on TV for the past few days. Check it out if you are interested. It is true. If Trump is convicted of a crime can he still run for president? What about Bill Gates and Bill and Hillary Clinton and their foundation? Will they be ones to leave? Epsteen has already left and now the children are safer. There will be others who will be leaving the scene from all over the world. I believe they will start falling like dominoes. This is just part of the prophecies that happen at the end. Please watch these events from a point of love. It is as it is!

Is this also the time for all who are ready to move into 5D to actually move into that frequency? There has been a separation going on between people for a long time now. Many people have already left because of the Virus. I believe it is finally time for many people to move into 5D energy. We are on the verge of living on the New Earth which is beautiful beyond belief. The solar flash will be here soon to raise our frequency. No fear!

The two planets that rule love are Venus and Neptune. In its lower nature Neptune can also rule deception, but in its higher frequency it is the Goddess energy. Uranus is the male higher energy force. We are all part of God and we all have a God spark in the 5th chamber of our heart and it is time that we consciously start using that God spark for the betterment of humanity and for ourselves.

It is time to stop judging or criticizing yourself or others. Let it go! You do not need it anymore. The love energy from our heart is our greatest power. It is time to start thinking with your Heart and not your head. Our head has been in charge for too long and now it is time for our heart to be in charge. Enjoy life, be happy, be grateful and give thanks for your blessings. So Be It! I send you my love!

I would like to thank my son Dave for all the work he does on my web site. Thank you Dave!

I am also open to donations (paypal to planetalert@hotmail.com). What you give out in love comes back to you tenfold. I need some money to buy ink for my computer and to pay for the prescription medicine my husband needs for his cancer sores. I would also like you to send him good thoughts for his highest and best good, if you choose to do so. His name is Roy. Thank you in advance.