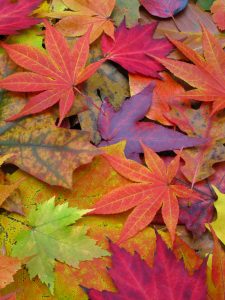 This full moon is on September 1, 2020 at 10:21 PM PDT. We are still in the energy of chaos and this will probably continue until the end of this year.  Right now the planet Mars is still square Saturn and that always seems to bring more violence, demonstrations, and shootings. It usually affects the police and the military. Mars is still in its own sign of Aries and this gives Mars more power. Mars will continue to stay in Aries until January 6, 2021. We can change that energy if we focus on peace instead of violence. Let there be peace in the world and let it begin with me.

In this full moon chart Venus, the Goddess is square Eris (chaos) and opposing Saturn which is conjunct Pluto. What will Venus, Eris, Pluto, and Saturn stir up this month? Venus is on 25 degrees Cancer. This degree means, “Guests are reading in the library of a Luxurious home.” I think this is referring to the Republican Convention that just happened and its focus was on the White House and all its luxurious surroundings. Saturn is on 25 degrees Capricorn which means “The use of cultural and artistic processes as a means to enhance personal comfort and appreciation”.  Pluto is on 23 degrees Capricorn and this refers to a soldier receiving an award for bravery in combat. All these degrees seem to refer to the Republican Convention. Even though the Convention ended on August 27, it was pulling in the energy of this upcoming full moon.  Things happen before and after the full moon. It is a powerful time period. The Republican Convention expressed wealth in a large way. The Democratic convention was much more peaceful and organized.

The Republican Party was founded on March 20, 1854 with Mars in the first house conject Vesta which is the asteroid of great power.  The republicans are for rich people and corporations. Mars is dominant in that chart which means the Republican Party is ruled by Mars. That is why the Republicans seem to start wars. President George Bush Jr started the war in Iraq which was a horrible war that lasted for many years. Mars is considered the red planet and this is why you often see the Republican men wearing red ties.

The Democrats are ruled by Neptune (blue) which is a more peaceful planet and they want justice for all. Neptune rules the sign of Pisces. This party was founded on January 8, 1828 with the Sun conjunct Neptune. The modern day Democratic Party was founded by supporters of Andrew Jackson, making it the world’s oldest active political party. In the 1930s the Democratic Party promoted a social liberal platform, supporting social justice.  President Roosevelt signed the Social Security act on August 14, 1935 to help people.

I am looking at Donald Trump’s chart and his ascendant is on 29 degrees Leo and his Mars is on 26 degrees Leo. His ascendant lines-up with Regulus, the royal star of the lion. His lesson in this life has been how to handle power. His Saturn is exactly square Eris (chaos) and that has definitely been created during his reign. His job was also to destroy the system so a new system can be created.  The word Trump adds up to the number 16 and that is the Tower Struck by Lightning in the Tarot cards. He has Trump Towers all over the world. Out of this chaos comes a new system and things needed to change so we can create a new system.

In the United States these two parties have been fighting each other for years. Will they ever work together for the good of all?   How can we have peace when there is so much fighting going on between them? United you Stand, Divided you fall. Actually, we now have three parties. We have the Republicans, the democrats and the Q Anon party run by Trump. Then we have the conspiracy theories. How true are they? My dream of 2010 told me there would be no more governments after we all started to wake-up. We are in the wake-up phase right now. We would than start setting up communities of light.

We just moved into the month of September and there will be many events this month. This is when the fall festivals start. On September 18 the Jewish people celebrate   Rosh Hashanah, which is their New Year. Then on September 22 we have the Fall Equinox and on September 27 the Jewish people celebrate Yom Kipper, the Day of Judgment. After that is the   Jewish Harvest festival of Sukkot, which starts on October 2 and lasts for a week.  I have noticed in the past that events often happen on one of the Jewish holidays. Egypt and Syria attacked Israel on October 6, 1973 on the day of Yom Kippur. These Jewish holidays have been celebrated for years and now Harvest celebrations are celebrated all over the world in September and October.

President Trump fulfilled another Bible Prophecy when he signed a peace treaty with Israel. The Bible says that after this happens it is time to take to the hills because there will be sudden destruction. What kind of destruction? Will it be destruction of governments? The protestors are trying to change things now. The planets say we will be experiencing more chaos and the chaos will get stronger as we move into the fall.  October looks like it will be very challenging with more violence because Mars is the dominant planet. Mars will be triggering all the planets as the Sun moves through the sign of Libra. Hold onto your hats as we move through the month of October.

The light is getting lighter as the dark tries to hold onto their power.  The Galactic War started in Orion thousands of years ago and it went all through our Galaxy. The Galactic War ended this past December 2019 in our Galaxy and now this war is finishing up on Earth.   All of the other planets in our system have gone through their change and now it is time for Earth to finish up the fight between the light and the dark so we can move into a higher frequency Earth.

This will be the end of all wars and there will finally be peace in our Galaxy. This final war is fought on the 4D level and now that we are moving into 5D we will be above the vibration of war. The 4D level contains all things that are good, bad and ugly. Thank goodness we are finally moving out of that area. I look forward to the energy of peace on the New Earth.

The light has won. It is just a matter of claiming our freedom from the dark. We had to go through the energy of the dark to know what the dark was like. Now we need to experience what it will be like to live in the light with love in our hearts. We are almost there so release any kind of fear from your body because fear is just False Evidence Appearing Real. Think with your heart and all will be well in your world      So Be It.

Donations are always appreciated.  Go to paypal.comand look for planetalert@hotmail.com   I can also be reached at that email.   Thank you in advance.  Love to all of you!

[editor’s note: Mahala received this message in email and it’s not found online in this form. I’ve copied it here for Mahala. If you like what is written, please visit http://www.theheartoflove.com/ and sign up for Gails newsletter so you can get the information directly yourself. Enjoy. ]

I took this photograph just the other day and I have spent many hours gazing at it and feeling the energies. All the images are amazingly beautiful and powerful and I believe each has one has its own vibration and message. This one feels very special to me.

If you allow yourself to breathe in this beautiful gift you will feel the angels. I believe meditating upon this with a pure heart can connect you with your guardian angel. These are the little miracles we should be focusing on and communing with for these are the ways we increase our light and remember who we are and what we are capable of.

In The Company of Angels

I once saw a great shower of light raining down on Jesus and Mary Magdalene. They were aware of it. They knew what was happening and what the heavenly light was providing them. It was their saving grace and it is ours.

Can you hear it?
the atmosphere is alive
with everything
with love and hate
war and peace
the past, the present, the future
the geometry of the universe
is vibrating
speaking
a universal language

the atmosphere is filled
with angels
I saw one before my eyes
as we evolve
and become aware
of more
aware of the sounds of the universe
and all that lies just beyond
what we ever thought possible
to see, to hear, to know
we foster in a new way of being
a new world

it is here
now
yes

the atmosphere is filled
with angels
and love is vibrating
louder and louder
can you hear it?

sing the song of creation
anoint yourself with remembrance
of who you are and what you have come to do
breathe in the love and majesty of the beloveds
who surround you, guide you, adore you
breathe in a vision of a beautiful world
of love and peace and oneness
pour open your heart
and breathe out all you were born to give

My connection with Mary Magdalene continues as she is here with us all. She is a divine representative of the Divine Feminine and aids us in bringing balance back into our hearts and the world. As she once impressed upon me and was written in my book “It is here, it is now.  It has been foretold.  The energy of the new day propels you forward into the restructuring of all life on earth.  As this begins to take place, heavens doors will open and the rejoicing will be heard throughout every dimension for the loss of the feminine has been the devastation of this planet”.

I leave you with a powerful message from Mary Magdalene for to me all she witnessed and lived through has relevance in our world today.

a story still unfolding
through every one of you
through your hearts
and in your lives
through love, forgiveness and truth
through rising and falling
and rising again
through honor and faith and knowing
through hearts on fire
through the spirit most holy
through the chalice
the womb and the dove