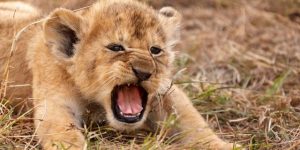 The sun is now in the hot fire sign of Leo, and the full moon is on Monday August 3, 2020 at 8:53 AM PDT. The moon is in Aquarius which is ruled by Uranus. The Lions Gate is now open and will stay open for several days. This gate opened on July 25 when we started the Egyptian New Year. The star Sirius always rises over Egypt at this time of the year and that has been going on for a long time.  The sign of Leo is ruled by the lion and that is why it is called the Lions Gate. The Sphinx has the body of a lion and the head of a woman. The Sphinx combines the signs of Leo and Virgo.

We entered into the 2,160 year cycle of Virgo on July 11, 1991 when the star Regulus moved out of Leo into the sign of Virgo, the Goddess. The transition period to Virgo has been from July 11, 1991 to December 31, 2020. Then we will move into a whole new cycle of Goddess energy. Goddess energy simply means to think with your heart, and Leo rules the heart. I believe that Jesus was born in the sign of Leo and he came here to teach love. Now some people are finally learning how to create from their heart energy. Virgo is the Goddess energy which is within everyone, male and female. This means that we are now at the end of the age of Leo and the beginning of the age of Virgo. We can now start manifesting heart energy to create what we choose to experience. Lion’s Gate Star Portal

We still have a few turbulent months ahead of us as we continue to watch the transformation of us and planet earth. There are still four large planets retrograde. They are Jupiter, Pluto, Saturn, and Neptune. This means it is time to look again at our old stuff so we can release it. Chiron, the healer is also retrograde so you can use that energy to help release any old stuff that is still hanging around you. We need to be clear before the end of this year so we can move into the new energy with a clean slate.

There is a Blue Star Ship that I can see in the sky every night when it is clear, and it is out my south window which looks out toward Mt Rainier. The ship is red, white and blue and very beautiful. When I talk to it, it starts dancing in the sky by moving up and down, and sideways. It is very large and very beautiful. I was first made aware that it was here on February 20, 2020. The other night when I looked out my window it had moved to where it looked like it was on top of my two tall fir trees and the ship was in the form of a star. It looked like a large beautiful Christmas tree. I think this fulfills the Hopi prophecy of the Blue Star. 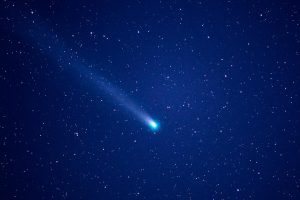 I think this ship showed up here in Seattle because we are the New Jerusalem. This area was talked about in “The Book of Enoch” That book talks about Archangel Michael taking Enoch to the Pacific Northwest and showing him the New Jerusalem and Mt Rainier. Seattle is called the Emerald City. The comet of the twins – a Hopi prophecy fulfilled?

We are in the great tribulation which is happening all over the world because of the Covid-19 Virus. Two will be in the field. One will be taken and one will be left. We are having demonstrations all over the world, particularly in the United States. There have been demonstrations in Seattle since George Floyd was killed on May 24, 2020. These demonstrations continue to this day. They even created a little city within the large city and made a camp-like setting in Seattle. There was a large demonstration this past week end and there was more looting and several fires were set in the downtown area. It is like our city is under siege.

We live in the New Jerusalem so why have we been hit so hard? According to the Bible, it is because Jerusalem will be attacked in the end times. This is happening right now and so is Portland, Oregon being attacked really hard. I am OK with demonstrations as long as they stay peaceful, but not when they become violent. Bible prophets are still looking for Jerusalem in Israel to be attacked. It is the Jer (usa) lem here in the good old USA that is being attacked. We are a country full on immigrants. The majority of the people that live here are from other countries. We have the Statue of Liberty that stands in the Harbor of New York welcoming all new people to our great country. Now our great country is in the process of being transformed.

The next prophecy that is about to happen is the sun will be darkened and the moon will not give its light. I talked about this in my last article and I have had a couple of dreams where the sun all of a sudden turns dark in the middle of the day. It says in the Bible “I watched as he opened the sixth seal and there was a great earthquake and the sun became dark and the moon turned blood red. And the stars of heaven fell to earth.”  This could be meteorites or ships picking up people who are in danger. Then the sky receded like a scroll. There will be Divine intervention at this time by our space friends.

I have seen the New Earth and it is beautiful beyond your wildest expectations. There will not be any government to rule over us, although we will have communities of light everywhere. They will be connected worldwide and we will live in peace and safety – no more violence or war. Our children and animals will be safe and with us if we get picked up by the ships or we may just wake up in a new reality and wonder what happened.

The last prophecy is the coming of the ships. At that time, we will see the sign of the son of man in the heavens and we will see the son of man coming on the clouds of heaven with power and great glory and he will gather his elect from the four winds, from one end of the heaven to the other. I cannot tell you when this will happen but I know it is soon because there are so many ships in the heavens now. I am excited about living on the new earth where sickness will be gone, old people will become young again and I think it will be fun. So Be It!

I also have a new great granddaughter named Mira. She was born on July 30 and is Dave’s granddaughter.  Congratulations Dave!

I send you my love!