In my last article I talked about the July 4th eclipse. We are starting to move into that energy now which is a lunar full moon eclipse on July 4th at 9:29 PM PDT. This is on Saturday night and the sun will be on 13 degrees Cancer, which is right over Washington D.C. The moon will be on 13 degrees Capricorn which is over China. This is going to be a powerful full moon and with the sun over Washington D. C. I am sure there will be more chaos caused by our leaders. Mars will be in Aries on this eclipse so please keep your cool. Mars is considered the war planet and rules anger. A week after this full moon Mars will be squaring this eclipse degree and may trigger more strong energy. In other words, the energy from the end of June until July 14 will be a very intense time period.

This eclipse is on 13 degrees. The number 13 is the number of the Goddess and the Mayan Calendar is based on the number 13. In the Mayan calendar the time bandits from Jupiter and Saturn stole time and changed the number 13 to the number 12 so they could shut out the Goddess. They even ignored the 13th sign of the zodiac which is Ophiuchus/Asclepius which is the sign of Spider Grandmother who spun her web and controlled the other signs of the zodiac until her power was taken away. She is taking back her power now because there was a tremendous explosion in the Ophiuchus constellation on February 27, 2020. Here is a link to that explosion. Ophiuchus Supercluster explosion.

On this upcoming full moon Jupiter will be on 23 degrees Capricorn and Pluto will be on 24 degrees Capricorn and they are both in a square to Eris (the goddess of chaos). Pluto rules plagues, viruses, and bacterial infections. This 24th degree of Capricorn means a woman entering a Convent. No wonder we have been shut in for such a long period of time because of the virus. People are starting to get restless and that is one of the reasons they have been demonstrating. Jupiter will be retrograding away from Pluto in mid-July so maybe the virus will slow down until November when Jupiter again conjuncts Pluto. Then around the Winter Solstice Jupiter will be conjunct Saturn in the sign of Aquarius. This is the Dawning of the Age of Aquarius.

The north node was in Cancer for a year and a half and in May the node moved into Gemini, which is a fast-acting sign and the demonstrations started. The north node is now on 28 degrees Gemini and the south node is in Sagittarius which is the sign of freedom. Now the north node is on the degree that means a release from unbearable pressures, freeing one for new tasks. We are at a turning point. The July 4th eclipse will be the last eclipse in Cancer for a long time. Cancer rules the home, family, and sickness. Gemini and Sagittarius rule freedom, which is an entirely different energy.

I think we will see much action from this July 4th lunar eclipse because Mars is in Aries on 4 degrees. This degree means the progressive polarization released by a sense of identification with a greater whole. Mars will be in Aries until January 6. 2021. Wow! Here in Seattle we have a new little city called CHAZ in the middle of our city. There is talk of this being taken down this weekend at the time of the full moon. Please send light to the Capital Hill Autonomous Zone or CHAZ. We do not need any more violence in our city. Thank you! 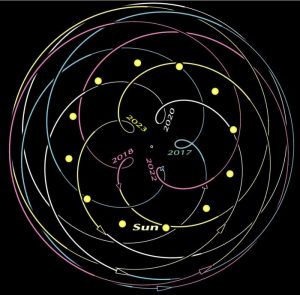 Venus, the Goddess planet, finished her 8 year cycle on June 3 and now she is in a new 8 year cycle. It takes Venus 8 years to create a 5 pointed star in the heavens which forms a beautiful design. 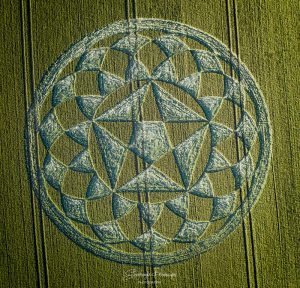 The tribulation talked about in the Bible started on December 26, 2004 with a large Tsunami in SE Asia that killed thousands of people. The tribulation started then because the dwarf planet Eris was announced on January 5, 2005 and she is the planet of chaos. We entered the era of chaos at that time and it continues until today. There was another large Tsunami in Japan in 2010 which was very destructive and there have been many large earthquakes, hurricanes, storms, flooding and fires all over the world. The chaos continues and the chaos has built up to the breaking point where there will be change before too long because out of chaos comes a new creation.

We are now in the Great Tribulation that is talked about in the Bible. We entered this time period on May 24, 2020 when the demonstrations started because of the death of George Floyd. Now we have a combination of the virus and the demonstrations all over the world. With Mars in Aries and the south node in Sagittarius, there will definitely be people standing up and demanding their freedom. This will include black people, white people, Chinese people and everyone else in the world. We are also in the time period of “Two people will be in a field, one will be taken and one will be left.” This separation is going on right now with the virus and by people choosing which time-line they want to be on. We are at the Time of the End.

The last 3½ plus years has been very chaotic because we elected a president who was born with his Saturn on 23 degrees Cancer in an exact square to Eris on 23 degrees Aries. He is the King of Chaos. We needed someone to create this great chaos because out of chaos comes a new creation. Because he is President of the USA, he seems to affect the whole world. Jer(usa)lem has the word (USA) in it. When the Bible talks about Jerusalem and the prophecies it is usually referring to the United States.

The line-up of planets in Capricorn in January indicated it was time for governments to change. Pluto is the planet that destroys things or takes them down. Pluto also rules viruses and bacteria infections. Pluto is in Capricorn which rules governments. Pluto has been in a square aspect to Eris for a while now and that has caused the virus and the transformation of our government. Pluto is now conjunct Jupiter which is a very large planet. This energy has caused the virus to go out of control so we are all wearing masks to keep from getting the virus. Jupiter will move into Aquarius in December so the virus will probably be gone by then.

I had a dream 10 years ago that first we were sleeping and when we woke up everything had changed and there was no government and we were setting up communities of light. This will probably happen on a higher frequency earth. Maybe we will just wake up on a new earth one day or maybe we will be transported by ships. We have gone through much dark energy in the past few months and now it is time to come into the light. The next and last prophecy is the return of the ships of light and the movement to the new earth. I am almost positive this will happen before the end of this year. I can hardly wait.

I need a new printer for my computer so I am asking for donations. You can send them to paypal.com and look for planetalert@hotmail.com or by snail mail to: 5028 S 179th Place SeaTac, WA. Thank you in advance. You are all angels and I love all of you! Have a wonderful life filled with much love and light. 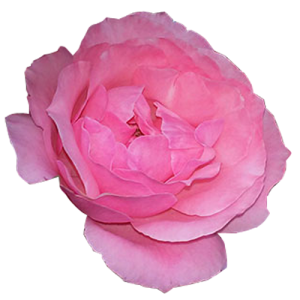