Wow! What a violent week this has been! Whoever thought the killing of George Floyd, who was a black man killed by a white policeman, would trigger such a large protest. What a terrible way to die and I understand why everyone became upset. Black people have been targeted by the police for a long time and it is time for that to stop. They need justice and we need justice for everyone who has been targeted for one reason or another.

There is also an unseen energy going on behind the scene all over the United States. The underlying reason for the large demonstrations are because there are so many people unemployed and shut into their houses and apartments because of the Virus, with nothing to do. This energy started to build for change. It is like they are crying; we want justice and we want to be free. We have been controlled by the cabal long enough. This combined energy literally caught fire all over the United States.

We have been in the tribulation since the Virus started, and on May 24 we moved into the great tribulation. The demonstrations that are going on now are all part of the prophecies. We have to move through the darkness before light can manifest. The war was over in our galaxy in December of 2019, and then the war between the light and the dark came to Earth to finish the cycle. We have to finish out the prophecies in the Bible before the energy can change. This may take until the end of this year, or it might be now. Who knows?

The prophecy that is in affect right now is the Sun will turn dark. I had been looking for the darkness to come and was looking for the Sun to literally turn dark. Then I thought maybe it just means that the sun will be darkened by an eclipse, which will happen on the Solstice on June 20, 2020, and we usually feel the energy from an eclipse before it happens. This past week has been very dark with all of the rioting and destruction all over the United States. The rioting started after dark in the United States.

I think these demonstrations fulfill the prophecy of the darkness. People are waking up and they do not like the fact that we have been controlled for so long by the Cabal. They want freedom and justice for all and they want it now. Most of the demonstrations have been peaceful until the police stepped in. The next and last prophecy is open contact with our space friends.

The node is a very important point in an Astrology chart. The north node is your destiny and the south node is where you came from and what you have to work through to get to your destiny. The world also has a destiny and for the past year and a half the north node has been in Cancer and the south node in Capricorn. Cancer rules the home and family and also rules diseases like the Virus that is still here. Capricorn rules structure and the government. The structures are starting to fall and maybe the Virus will leave soon.

On May 24, 2020 the north node moved from Cancer to Gemini and the south node to Sagittarius. They will stay there for one and a half years. The nodes moving brought in a brand-new energy for the next year and a half. Gemini is a very active mental and physical sign. It rules travel and communication. Sagittarius is the sign that rules fires and freedom. The north node was over Minneapolis on May 24 and the trigger for this rioting was ignited. The demonstrations are about freedom, justice, and equality for all. The majority of the demonstrators are peaceful.

We have a series of three eclipses ahead of us. We are feeling the energy from the first eclipse already by the demonstrations. There will be a lunar eclipse on June 5 at 12:12 pm PDT. This eclipse will be on 15 degrees 34 minutes Gemini. This is technically on 16 degrees in my degree book and the number 16 is the Tower Struck with Lightning in the Tarot Cards. We have watched many structures fall this week by fire and there may be more falling as we approach this eclipse. Link to Sagittarius Full Moon Lunar Eclipse 2020: The Rainbow Gate of Gaia.

In my degree book 16 degrees Gemini says; A woman activist in an emotional speech dramatizing her cause. It goes on to say that what happened not only needs to be discovered and tested through an intellectual exchange, it also demands exteriorization. This usually requires an emotional dramatization of the issues at stake. Here again a woman is dependent upon feelings and fiery images to sway the receptive public. We will see how this works out as time goes by.

The next eclipse is a solar one on June 20, 2020 at 11:40 PM PDT. Having an eclipse on a Solstice is very powerful. The Solstice by itself is powerful and to add an eclipse to it makes it doubly important. The sun and Moon will be on Zero degrees Cancer and the umbra of the eclipse will be over North and east Africa, SE Europe and most of Asia. Zero degrees means it is a turning point and the place of no return. In the zodiac the spring season has come to a close. Fulfillment leads to new demands upon the individual human consciousness. The show is over. Now comes the hour of decision.

The third eclipse is on July 4 and the sun will be right over Washington, D.C , although the moon will be on the other side of the world. The sun is always over Washington D.C. every July 4 when the sun is on 13 degrees Cancer. The city was set-up that way by the Masons. Everything about Washington D.C is lined up with Venus and Sirius and the sign Virgo. I have a very interesting book called “The Secret Architecture of our Nation’s Capital” by David Ovason. It is a very interesting book. This eclipse will be a culmination of the energy we have been feeling since May 24, when we moved into the great tribulation. The energy people have been feeling about our government will come to a head on this eclipse. What will happen? I think it is a good idea to send much love to our government for the highest and best good for our country. 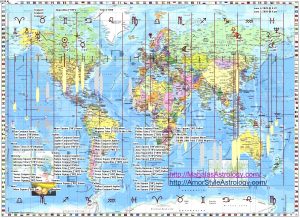 Five planets are retrograde at this time which is Venus, Mercury, Saturn, Jupiter and Pluto. The Jupiter and Pluto conjunction means that the virus might be here for a while longer. It also means that we will probably have some financial challenges ahead of us. Saturn is the karmic planet, which means that some things may come back to us to be released, and Mercury seems to cause confusion and mixed up events. Venus is kind of nice in a retrograde phase because it helps to tone down the energy. Maybe you will buy something nice for yourself that makes you feel good.

Jupiter and Pluto are still conjunct and will be that way until the end of this year. Jupiter is a large planet and it rules large events. Pluto is the transformer and this means there will be large events on the earth that affects everyone. Jupiter also rules money on a largescale which means the chance of very challenging financial events are on the horizon for everyone. This may be the time period our financial system will be transformed or changed.

The final eclipse for this year will happen on December 14 on 23 degrees Sagittarius. It will be a total solar eclipse. The meaning of 23 degrees Sagittarius is: A group of emigrants as they fulfill the requirement of entrance into the new country. We will consciously accept the ways of a new stage of experience in readiness for the opportunities it will present. That sounds like the ending of the old way of life and the beginning of a new one.

I had a hard time watching the demonstrations when they turned violent. I imagine there were many people that felt the same way. I do not like violence and I am glad most of them stayed peaceful. I know the demonstrations were needed to wakeup people to the injustices we have felt in the United States and also the rest of the world. It was a good wakeup call and people needed to express their feelings. Out of chaos comes a new creation. So Be It