Today is September 9, 2019 and the opening of the 9-9-9 Stargate. This Stargate will stay open until early morning on September 18, 2019 which is when Saturn turns direct on 13 degrees 55 minutes Capricorn. Saturn will stay on that degree until after the Fall Equinox on September 23 at 0:51 AM PDT. Stargate article: The Event – The 999 Pleiadian Super Portal.

The degree that Saturn turns direct on (13 Capricorn) is the degree of:

“The will to unearth in our culture, as well as in any culture that has permanent value, to let go of non-essentials. At a time when in nearly every land men are questioning and challenging the validity of individual beliefs and customary attitudes, it becomes necessary to separate permanent values and great principles or symbols from the many individual’s habits and the socio-political developments which more often than not have perverted or even negated the original ideas of the culture.”

Washington D.C. is on 13 degrees Cancer. Saturn is turning direct on 13 degrees Capricorn. This means Saturn will turn in exact opposition to our government. Watch what starts to happen after Saturn turns direct on September 18. Several governments are in turmoil right now including the USA and England. It is time to go back to the golden rule of “do onto others as you would have them do unto you.” Be truthful, be moral, and rule with your heart.

Saturn in ancient times was considered Satan because of its controlling aspects. We have been in a three and a half year cycle of being ruled by our dark emotions which has caused much chaos. We have been releasing those old emotions without thought of where those emotions go. Could that be part of what has been causing all of the chaos? All of those old emotions and judgments are probably floating around in our atmosphere causing challenges that need to be cleansed by storms, wind, and water. If we transformed our emotions into love before we released them, we would be helping heal the world. This three and a half year dark cycle will end when Saturn turns direct on the morning of September 18, 2019. At that time Saturn loses its controlling power on earth. Let’s start honoring Saturn for all of the lessons we have learned from that planet. It is graduation time. Saturn will now start bringing us rewards for work well done. 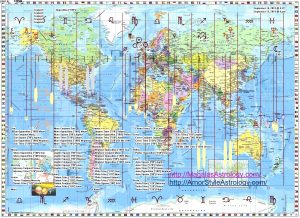 The good news is that out of chaos comes a new creation. We are now changing from a cycle of darkness to one of light soon after this upcoming full moon on September 13, 2019 at 9:33 PM PDT, which is also my birthday. This is called the Harvest Moon and is the beginning of all the Harvest Festivals that are celebrated all over the world. A large Jewish festival starts on September 30, 2019 with the celebration of Rosh Hashanah, which is the Jewish New Year. October 9, 2019 is the holiday called Yom Kippur, which is the celebration of Judgment day. The end of judgment occurs when we stop judging ourselves and others and our political leaders. Then we will enter the new heaven and the new earth. The great harvest festival called Sukkoth starts on October 13 this year and lasts for over a week. It is time to celebrate. (Full Moon to Take Place on Friday the 13th for 1st Time in Nearly 20 Years)

We had a major awakening by the light here in Washington on Saturday night September 7th when a lightning storm came in from the south and went all the way up north and covered our whole city. It was beautiful to watch. My husband and I watched it for over an hour. The whole sky lit up and you could see the lightning move across the heavens and the roar of the thunder. It stayed over our house for a while because our area really needed to be cleansed. There has been too much violence in our area in the past year. We used to live in a very safe area until the dark moved in and changed everything. There were over 1,000 lightning strikes over Seattle. The lightning really changed the energy around here. Then came the rain and it is still raining today and the air smells so fresh and clean. The energy feels really good today.

The planets Uranus, Mercury and Mars rule storms, especially when they are making an aspect to each other. Uranus also rules computers, high tech, light, wind, storms, earthquakes, and volcanic eruptions. August and September is the beginning of the Hurricane season. When the sun moves into Virgo, a sign ruled by Mercury, the storms start and continue on through the fall. The first storm to come in to the East Coast was the storm Dorian that caused much destruction in the Bahamas. Then it moved up to the Carolinas and left much flooding in those areas and then continued up to Nova Scotia where it also caused much damage. There was also a cyclone that went into North and South Korea causing much flooding and chaos.

Mars is in Virgo and will remain there until October 4 when it moves into Libra. Mars will then give much energy to those who were born in the sign of Libra. When Mars moves farther along in that sign it will start triggering the planets in Capricorn. We will probably start seeing action as Mars starts activating the Capricorn and Aries planets like Eris (the goddess of chaos). Libra is also considered a cardinal or fast-acting sign.

Uranus is in Taurus right now which rules the West Coast. It is sitting off our coast right now but is still close enough to cause storms. It is also activating the volcano off the Oregon coast, which has been active for a long time. Taurus also rules money and the stock market so we will see more action in that area as Uranus continues to move through that sign for 7 years. The opposite side of the world affected by Uranus is the Middle East and there is always trauma going on in that part of the world. Taurus is ruled by Venus so there will be peace on earth before too long, probably on the New Earth. 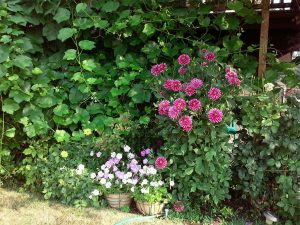 In Seattle we are starting to move into fall weather and I love it when the trees start to turn color and the days are clear and crisp and the nights are cool. I will miss my Dahlias that have been so beautiful all summer although there is beauty in all seasons. I love living in an area that has four seasons; summer, fall, winter, and spring. Each season is wonderful to experience.

The Dove (love energy) is starting to be activated again. There was an activation of the Dove energy on April 27, 2019. I felt that energy come in as I was sitting at my computer and I felt a wave of love hit me. I stayed in that love energy for 45 days. It was wonderful. We will now start feeling that energy again. Here is a recent article about that energy. A Time for Self-Resurrection by Pars Kutay.

I am feeling better and I am finally starting to get my energy back. My goal was to be well by my birthday this Friday. I would like to thank everyone who sent me healing and love energy to help me get well and donations to help pay my bills. Thank you! Thank you! Thank you!