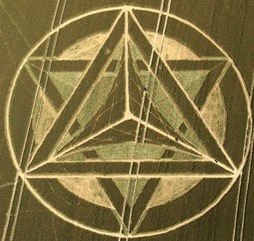 ‘Ihidayo’ is an Aramaic word meaning ‘single-heartedness’ and it illuminates the last teachings of Jesus revealed in the gnostic texts of Mary Magdalen and Thomas. The essence of the word chastity in these teachings describes a purity of intention upon this path (whether you are sexually active or celibate). These deeper teachings at the heart of Christianity have for the most part been made invisible though there have always been those carrying the lamp, such as Teresa of Avila and St Francis to name two of my favourites. Within this teaching is also that of the ‘Anthropos’ – man made woman and woman made man – the androgynous being whose time of coming to full fruition is the Age of Aquarius.

In January 2017 I noticed that Hygeia, Astraea and Juno were crossing the Galactic Centre together and I had a vivid and powerful vision that they were the bringers of the new wave of Holy Grail energies. Hygeia carried the Grail Cup – her mysteries are connected to our deepening understanding of the importance of Circadian Rhythms, the awakening New Earth light grid and inducing alpha and theta brainwaves through meditation, movement and sound healing practices. Astraea carried the Spear of Light dripping the blood of Christ into the cup. Astraea represents awakening perception of beauty and manifesting through sacred arts practices. Juno was uniting them in sacred marriage. Through the last two years they have travelled with Chiron (a Fisher King/Christ figure) and Neptune. Now they are on the last stage of their journey travelling together entering the new cycle in Aries on the 6th April when they will align with revolutionary Uranus. At this point a new current will enter the collective consciousness which will be enlightening but unpredictable. All we say for certain is that it will be revolutionary.

The return of the Holy Grail mysteries is inexorably connected to the reawakening Christ Consciousness. We are entering the Promised Land which is an inner state of consciousness awakened by love. The ‘sacred marriage’ is at the centre of these mysteries and the true role of Mary Magdalene as the first Apostle cannot be over emphasised. Mary Magdalene of all the disciples did not abandon Jesus and by the account in both the gnostic gospels played a key role in the transfiguration of the collective shadow which took place at the crucifixion and resurrection. The other disciples were of course important too but they have not been erased from history. Mary M represented a huge challenge to the patriarchal culture at that time which is why the Christian stream of consciousness became so distorted without the feminine within it. I see the witch hunts, sexual abuse scandals, oppression of women and LBGT people, ignorance about our Guardianship of nature as all part of this central distortion.

I have been engaged in an online course with Cynthia Bourgeault exploring these mysteries deeply. What is wonderful is a stream of consciousness that emerges which is totally inclusive of women and the LGBT community and all the narrow judgements which have marred Christianity and wounded so many people will dissolve as the wave steadily increases. In my experience I am becoming more deeply immersed too in Judaism through daily chanting of the psalms and Sufism through the flow of poetry I’ve been writing about the Beloved…. hence why my blogs have been less frequent! This stream of Christ Consciousness seems very much interwoven with all the other world religions and at their heart is non-duality thinking and single-heartedness of purpose.

I would like to go back a bit in time to illuminate why I have reached the conclusion Hygiea and Astraea are ‘Holy Grail’ goddesses in particular.

In summer of 2017 I had two epiphany experiences. The first was just after my partner broke both her ankles early on in our 5-week pilgrimage. I was in a state of utter despair and then boom – I was hit by a light exploding inside me I knew to be Jesus. It was pure love that I felt in that moment and it has sustained me since and improved my sense of humour greatly. The overall effect of the experience was joyfulness and surrender. I felt in that moment that I would become a priest and that is also something I am exploring…its going remarkably well so far. I am finding studying Theology has opened what I can only describe as a Holographic porthole, a pathway into understanding that which I could never have comprehended. It seems amazing to me now that I have been so afraid of the bible all my life being LBGT. It’s as if my dual mind was almost completely scrambled at this time.

Many events unfolded on the rest of the pilgrimage and one that has continued to unfold and resound in importance is that a crop circle of the Seal of Solomon (Pictured above) appeared during the Lion’s Gate a mile from where we were camping. During this time, we actually had daily experiences of being in the sound of lions roaring as we were next door to Longleat wildlife park – quite an experience in the middle of England. The lion is one of the symbols of Jesus. A lamb also came into St Michael’s Tower on Glastonbury Tor that same week which in hindsight all seemed very prophetic. The Seal of Solomon is a symbolic representation of the Sacred Marriage of Fire and Water – mirroring the Cup (water) and Spear (fire).

In the Autumn of the 2017, I had a second epiphany whilst visiting the Black Madonna at Mont Serrat in Spain. I touched the foot of a life size statue of Christ and a bolt of timeless ‘knowing’ the mysteries of the crucifixion and resurrection came through me like lightening. Again, I felt completely rewired, like a different person. A compass swung inside me and I knew I would pursue this path no matter how strange it might seem and certainly unexpected on my part.

These experiences, perhaps akin to what Paul experienced when he fell off his horse on the road to Damascus, have been life changing and have taken time to integrate. So where is the trail leading? What are the Holy Grail mysteries going to do to us?

On the 26th February as Hygeia and Astraea were in exact conjunction, I began to play a game developed by the Gene Keys. Its’ an experiment in transforming collective consciousness called the Delta Fellowship. In this experiment based on sacred geometry, teams of 7 people from around the world fly together metaphorically as wild geese for 7 weeks. During this time, we all inexplicably and magically offer healing to each other and accelerate our own and humanities evolutionary process. (Links below if you would like to explore). This I believe is one of the things which will be happening to unfold the Grail mysteries – groups of people working together across national lines for the betterment of humanity.

This is all leading to the visceral feeling of being One Body and letting go of self and identity. The sacrament of Holy Communion is a wonderful way to experience this if you approach it with the intention of truly desiring to become one with the body of Christ, the body of humanity and all of nature. This is the Promised Land, this is the New Earth. In this place ‘Ihidayo’ shines as a powerful light from the centre of the heart. No person cannot feel its tenderness, its love, its chastity. It is the most beautiful thing I have ever felt and such a blessing that God is bestowing on us his children. This gift belongs to every human being and living creature on our planet who wants it. It’s not just for those who follow the rules as set down by the major religions.

One of the big questions that always seem to arise is if all of this is true, why are things so bad in our world right now? I honestly believe that it’s the same reasons that it has always been – that we are wilful, ignore the request of the Mother Father God to trust and surrender to a greater will, a greater plan. Is not consumerism the very same Golden Cow that the people turned to when Moses went up the mountain? We just keep doing the same thing over and over again. We need a collective 12 step programme. Hand it over to a Higher Power through prayer. Be humble and realise actually we cannot solve the problems we have created, only the Divine Presence can do that. Fortunately, we do only need quite a small percentage of the world population to awaken sufficiently to catalyse the collective mutation of the species to its next level. I feel this change is already happening, personally I feel very optimistic that it may not be in my life time but a big change is on its way. We are the ones setting straight the paths so that it can happen.

This daily meditation from Richard Rohr entitled ‘inseparable’ (28 Jan) arrived as I was finishing this blog which is perfectly expressing what I am hoping to.

I’ve put some links below if you want to follow up on any of this. I’m still doing one to one birth charts which have been full of Holy Grail revelations lately. Get in touch at astroalison@gmail.com for more information