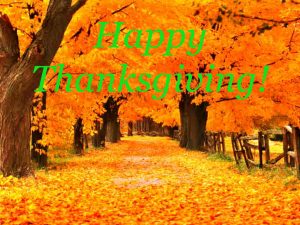 The November new moon was on November 18, 2017 at 3:42 AM PST.  The sun and moon were both in Scorpio along with Jupiter, Venus, and the Asteroid Vesta. However, the sun will move into Sagittarius on November 21 which will change the energy to the things Sagittarius rules like teachers, colleges, higher consciousness, judges, and freedom. I like the freedom part. We have been controlled for too long a period of time. Fear has actually been what has controlled us. If we finish releasing our fear, we will be free.

Saturn is what rules fear. Saturn adds up to the number 21 and so does the word fear. Saturn has been considered the karmic planet in the past. We know our karma is over so why do we still feel fear? For the past two plus years Saturn has been in Sagittarius, the sign of freedom. Have you been working hard on releasing your fears in the past two plus years? What are your fears? Are they about your health or lack of money? Or are you tuning into all the fear that is running rampant on this planet right now? Remember the chaos is just an illusion so watch it with a detached attitude. Everything is going to change and everything is going to be alright so don’t let fear creep into your reality.

Saturn will be in Sagittarius until the Winter Solstice. Let’s all release our fears by then because we don’t need them anymore. The planet Saturn is now free so it’s time for us to also be free. There is nothing to fear but fear itself. It is all an illusion. Pull yourself out of the Matrix. We do not have to be there anymore. I think Saturn is just sitting there watching us and saying “If I can be free so can you.”

Did you know that we have three brains in our bodies? One is in our head, one is in our solar plexus, and the other is in our heart. I think it is now time to start thinking with our hearts. Fear is held in your solar plexus. How many times have you felt like someone hit you in the solar plexus when something happened that you were not expecting? It’s time to be free because Saturn (fear) is in a nice trine with Uranus right now which rules freedom. Uranus is also conjunct Eris right now. Eris is our second sun and is our Creator Goddess. Eris is also called Wonder Woman.

What an opportunity to finish letting go of any fear we may still have in our solar plexus. Maybe we could talk to our solar plexus brain and tell it we no longer need to hold onto any fear. One simple thing we can do to release our fears is to sit quietly and write down what we do not want to experience anymore. Then when we are done, tear up the paper and throw it away. It can be as simple as that to release your fears.

Then when we are through releasing what we do not want any more, we can sit down again and write about what we choose to experience in our lives. This brings the energy out of our head and heart brains into manifestation. We are all creators and it is time to start creating what we choose to experience. Synchronicity is what starts to happen when you release your fears. It is called flowing with the force. Then all you have to do is think what you want and it will happen almost instantly. This new moon is an excellent time to put things into motion.

The time period from now until the Winter Solstice will be like a clean-up time for many. It is the time when we really need to face our fears and become free from them. This is a completion of a 30 year cycle of Saturn.

In 1987 both Saturn and Uranus were in the sign of Sagittarius. This energy jumped us into the 4D Earth and we began our search for freedom. This started with the Harmonic Convergence in August of 1987. It has been a long hard journey and we are almost at the end of this cycle. It’s my understanding that 4D is the dimension similar to the Astral where we experience everything; the good, the bad and the ugly. This is where the controllers exist and we had to look at how much we have been controlled.

Now it is time for the controllers to be exposed for what they have done in this life-time and other past lives. This means that we have all been looking at our shadow self and working on releasing what we do not want to experience anymore. The whole world, as a group has created all of this drama and chaos we are experiencing right now. We did this so we could look at our own issues. The way to get out of this chaos is to finish looking at your fears and become free. It is time.

Saturn moves into Capricorn on the Winter Solstice. Then both Saturn and Pluto will be in the sign of Capricorn which means it is time to create a whole new reality. The dark ones will soon be gone because they will not be on a high enough frequency to be on the new Earth. They will just disappear from sight.

I watched a video not too long ago that showed we had moved into higher frequency energy. This started when our Solar System crossed the Galactic Center in 2012. It has been fast forward since then and that is why everything is moving so fast and has become so chaotic. Out of the chaos comes a new creation. Saturn is starting to cross the Galactic Center now and this will continue until the end of December. This is when we will start to realize that we are in this very high frequency energy. Here is a link about that journey called: Where are we going Sun’s motion in the Galaxy. Part 1– Part 2– Part 3– Part 4.

The last video sounds kind of ominous although I believe the Earth is ascending and we all came here to help her ascend. She will not be destroyed, she will be changed into a new high frequency Earth and that is fast approaching. The golden light of the Age of Aquarius is now in our heavens. I think we are ready to live on the high frequency Earth.

The Earth has been moving through a cloud in space for a long time. When the Earth comes out of this Hydrogen Cloud it has been passing through we might see some fireworks in the heavens. This will be because the Hydrogen might ignite as the Earth leaves this cloud. If this does happen do not be afraid. It is just a sign to us that this is the end of an age and the beginning of a new reality.

The 13th sign of the Zodiac has been acknowledged by NASA. A solar wind comes to Earth when the sun is moving through that sign which is called Ophiuchus or Aesculapius. The Sun moves through this sign between November 30 and December 16. Aesculapius was the son/daughter of Apollo the Sun God. If you were born during that time period you are an Aesculapius. This sign refers to Goddess energy or love energy. We have almost made it and soon love will rule the world. So Be It!

Have a Happy Thanksgiving and many blessings to all of you. I would like to thank those of you who have sent me donations of money in the past month or so. Lots of blessing and Angel love to you. Edgar Cayce Past Life charts are still available for a $30 donation. They make nice gifts for the person who has everything. If you are interested in something like that just click on the button that says Edgar Cayce Charts on the front page of my blog www.mahalasastrology.com