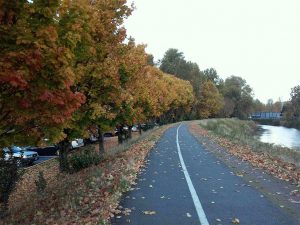 Here we are experiencing another full moon that will occur at 10:22 PM on November 3 PDT. This one will be a Super Moon because it will be at the closest point to Earth on November 6. The Goddess rules this moon because both Eris (Wonder Woman) and Lilith will be taking their stand in the heavens. Eris will be activating Uranus, the planet of light, and Lilith will be activating Saturn, who has been considered the controller in the past. Because Uranus is light and Saturn rules our dark past, it looks like a lot of our past energy will be released to make way for the new energy that is coming in now. How many of you have been in a major release of old energy for the past month?

This full moon Astrology chart is very interesting. In the Washington D.C. chart the moon will be in the ninth house, which is the house of Sagittarius. This moon will interact with Saturn and Lilith which are both in Sagittarius right now. That sign rules courts of law, judges, traveling, dealing with foreign countries and their leaders. Saturn will bring up old stuff from the past, and Uranus will shine light on these old issues so they can come out into the open. Isn’t that exactly what is happening right now in Washington D.C.?

Unfortunately this full moon also ignited violence again. The sun is in Scorpio right now and Pluto is the ruler of Scorpio. Pluto is right over New York City so violence was activated in that city. I have much compassion for all those people who suffered from one person’s violence. Let’s send lots of love to that area.

When will all this violence stop? The energy changes when Uranus goes into Taurus in May of 2018. That doesn’t mean it can’t change much sooner because Saturn goes into Capricorn around the time of the Winter Solstice. Saturn will then be out of the aspect of the Uranus/Eris energy. Eris was first announced as a dwarf planet in January of 2005. She came here to change the world and the first event was the Tsunami in Sumatra. It wasn’t until Eris started making a conjunction to Uranus a couple of years ago that it has been one Earth change after another. This will continue until Mother Earth says stop, I have had enough.

The Asteroid of great power is conjunct Venus (Earth goddess) on this full moon. Venus is in exact opposition to the Uranus/Eris conjunction and Eris is exactly trine to the Saturn/Lilith conjunction. This is a tremendously powerful Goddess aspect and hopefully it will activate a lot of love flowing over the whole Earth. This full moon would be a good time to sit in meditation and focus on love. If enough people would do that it would be awesome. The full moon is always in affect for at least three days after it is full so there is plenty of time to focus on love. Then another door will open on November 11 which is the 11-11 Gateway.

Mars is now in the sign of Libra, which rules relationships and the kidneys. Has anyone had any kidney problems in the past month or past year?  As Mars moves through the sign of Libra it will be opposing Aries, which rules the eyes. Uranus has been in Aries for 6 ½ years. This brought up lots of eye issues. Libra also rules lawyers, prosecutors and justice. This means it will be fast-speed ahead in the ongoing investigation of the people around President Trump. When Mars first entered Libra the first indictments were announced in that ongoing investigation. A major sexual issue concerning the Harvey Weinstein investigation came to light when Jupiter moved into Scorpio. That sign rules sexual issues and Jupiter will be in that sign for one year.

This full moon looks like it will not be very good for Trump. Saturn and Lilith are conjunct his moon and south node. This means his karma will be coming back to him. Saturn is exactly opposing his Sun and north node. When Saturn is opposing your sun it is a 29 year low period in your life. It brings up all kinds of issues including depression. It looks to me like this full moon will bring a major change into his life.

The energy of the Total Solar Eclipse in August is still affecting his chart. The eclipse was on 29 degrees Leo which is the same as Trumps ascendant and his Mars is 26 Leo. This is why there has been so much drama in his life and the life of the people around him. He has Leo rising which means he likes to be the top man and the world revolves around him. He is in a very stressful time period.

In the United States birth chart Pluto (the transformer) is being squared by Uranus and Eris. The past two years has been a time of much transformation for us, and for the world. Pluto is also considered the God of the Underworld. This is why all the corruption that has been going on for so long needs to come out into the open for everyone to see.

Now we have to go through the cleansing of our government. It has to happen so we can finish the 20th   Chapter of Revelation, which is the uncovering of the dark side. I do not know how long this will take although I do know that Jupiter will be in Scorpio for one year and during this time period more misuse of the sexual energy will come out into the open.

Mars is now moving through Libra and the part of the world that is activated by this sign are the European nations like Spain, France, Italy, Greece, etc. This includes the Vatican. Mars will be in Libra until December 9, 2017 and then Mars will move into Scorpio.  Mars and Jupiter will then be together in Scorpio. That is a very powerful energy. This could cause some challenges in the Middle East Countries and also the West Coast of the United States. It could also bring some good news to the world, especially after the Winter Solstice.

Speaking of Jupiter, there will be a conjunction of Venus and Jupiter in the heavens on November 13, 2017. According to the Astronomers this will be quite a sight. To me this means Jupiter will be honoring the Goddess Venus which will shine in all its brightness. Jupiter is now giving its power to Venus because the Goddess is being acknowledged at this full moon. What a change this will bring. There was a picture of a heart in the heavens on Halloween. This is another sign of love energy. Here is the link https://i.pinimg.com/originals/ee/fc/2d/eefc2da1e60ff7b7de2705fae60971ba.jpg.

This month we will be celebrating Thanksgiving in the United States. I think it is time we all give thanks for our blessings. We were so lucky to be born in such a wonderful country. Our country will survive and be better off because of the cleansing we are going through right now. I know it doesn’t look like there will be peace on Earth anytime soon although you could be surprised. It could happen sooner than you think. It may start with this full moon for Light Workers and those who choose to live on a higher frequency Earth. It’s graduation time!             So Be It!

Love to all you beautiful people!       *Mahala Gayle*

Edgar Cayce Past Life Charts are still available for a $30 donation. They are very interesting and they tell you the characteristics that you brought with you into this life-time and your potential in this life. If you are interested in having a past life chart done just click the button on my web site that says Past Life Charts.