THE PHOENIX HAS RISEN 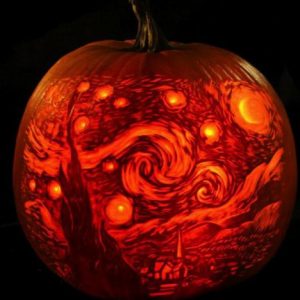 I woke up yesterday morning with the words in my head “The Phoenix has risen”. I thought to myself “well that is nice” but what does that mean? Jupiter just moved into Scorpio a week ago and will stay in that sign for one year. One of the symbols for that sign is the risen Phoenix. Scorpio is the only sign that has three symbols. The first symbol is the Scorpion and that is the part that can sting you really bad. The second symbol is the Eagle which is the intellect, and the third symbol is the Phoenix that can rise from the ashes once it has overcome the other symbols. The third symbol is also called the Phoenix and the Dove which is the symbol of peace. Are we ready for peace on Earth?

Which symbol will you choose to vibrate to this year, the Scorpion, the Eagle or the risen Phoenix? The people who have worked so hard for many years to let go of their past will probably vibrate to the risen Phoenix. They are the ones who will be able to tune into the Gold energy that is now appearing in our Universe. Check out this video of two stars colliding. When they collided a lot of gold energy came out of that explosion. Link: Two stars crash into each other, wobbling the universe and flinging out huge amounts of gold [editors note: turn down your speaker volume before following this link.]

Scorpio also rules the sex organs. This means there will be a lot of energy coming to the foreground about sexual molestation and the misuse of the sexual energy this year.  The scandals are already in the news. This is an energy that needs to change so the higher energy of Scorpio can start to manifest.

The new moon is on October 19, 2017 at 12:12 pm PDT. The planetary aspect of this chart shows a lot of energy for transformation. Pluto rules Scorpio and that planet rules transformation. It also rules birth and death. If you are a Scorpio or have Scorpio rising this could be a golden year for you. Actually anyone can tune into the golden energy that is now filling our Universe. Become the risen Phoenix.

The Sun and Moon will be in exact opposition to Uranus at this new moon, and they will be in Libra and Uranus will be in Aries. Uranus is the planet of light, wind, and changes of all kinds. The Sun is on the degree of using your imagination to regain a lost opportunity, or to create what you choose to experience now. Uranus will be on the degree of a consciousness that is able to transcend conflict and pressures in your personal life. This sounds good to me. Let’s concentrate on creating a good life for ourselves.

Jupiter is on two degrees Scorpio. This degree means that it is time to break away from the past and go forward. Jupiter is a very large planet and has a lot of effect on Earth. Saturn is on twenty three degrees Sagittarius and that degree means to consciously accept the ways of a new stage of experience. Saturn makes an exact square with Eris (the dwarf planet that causes chaos) and Eris is on the degree of opening to the influx of spiritual energies. It is also on the degree that brings abundance. It looks like there is a lot of spiritual energy in play with this new moon. It looks like the path of ascension is now opening wide for those who are ready to raise their frequency and live in a new reality.

Of course we all know there is a lot of violence occurring on our Earth right now and many countries are in chaos. If you are manifesting a high enough frequency you will be able to walk through this chaos without getting hurt. Mother Earth is still in the process of cleaning her body and this cleansing will continue until she decides it is done. The earth changes are getting larger and larger as we move toward the end of the age. Actually we are in the end times. This is very apparent in all of the changes that are happening all over the world. Our Sun has been helping to activate these changes. Last week we had at least five days in a row of solar wind hitting our magnetic field. This was very painful for some people. The solar wind is still hitting us today. Check out this link: Solar Winds Escalating Evolutionary Changes In Earth & Human Magnetic Fields At NEW Levels.

NASA has finally admitted that we have another moon that is a companion to our moon. This moon is smaller than our moon and Astrologers have called this moon the Dark Moon Lilith because we could not see it except when it was in front of our sun. It then appeared like a big red ball. It was called the Dark Moon because we could not see it because it was on a higher frequency that made it invisible. This tells me that our frequency has risen high enough so we can now see this moon.  Link: Surprise: Nasa has confirmed that Earth has a new moon.

Because Jupiter is now in Scorpio, which is a water sign, there will be more storms and flooding. The areas that will be directly under this energy are the Middle East, the West Coast, and N and S Korea. This means to look for more events that will be connected with those countries, and also Russia. Because Jupiter is a large planet it usually brings events that are very large. Mars will be moving into Libra shortly and this is a peaceful sign, except when Mars will be opposing Eris and Uranus which starts on Thanksgiving weekend and goes on into the first week of December. It’s time to keep your cool at your Thanksgiving gatherings. Let love rule.

We are fast approaching the energy for ascension to a higher frequency Earth. What an exciting time to be alive. What will this new Earth frequency be like? I guess it will be what we create it to be. We are soon to enter the year of 2018. Let’s make this upcoming New Year the best one yet.  We do live in very chaotic times right now. How long will this chaos last? It will probably last until Uranus goes into the sign of Taurus next year in the month of May. That doesn’t mean we have to vibrate to the energy of chaos. Ascend above the chaos. It’s time to be in our own peace and live one day at a time with love in our hearts. If you manifest love, anything is possible. Seek ye first the Kingdom of God within and then all will be given unto you.

Happy Halloween! This is a very fun holiday and is the celebration of our Creator Goddess Spider Woman. She weaves her web around all the signs of the Zodiac and her sign is called Asclepius, which is the 13 sign of the zodiac. She was connected to the healing center called Asclepius that was in ancient Greece. Her energy is felt on Halloween.  Welcome to modern day Wonder Woman who was an ancient Greek Goddess.

Edgar Cayce Past Life Charts are still available for a $30 donation. They are very interesting and they tell you the characteristics that you brought with you into this life-time and your potential in this life. If you are interested in having a past life chart done-just click on my web site menu where is says Past Life Charts and fill out the forms there.