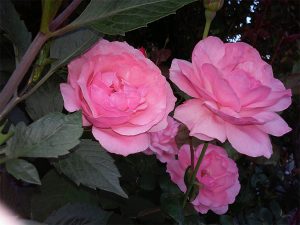 What a summer it has been here in the Pacific Northwest. It has been very hot with temperatures in the eighties and nineties for months. Today it is really cool with the temperature in the seventies. We have not had any rain during this heat spell except for one day about a month ago. This drought has caused many fires here in Washington. In fact our family cabin has been threatened by the Jolly Mountain fire. I have been praying for rain in our area although so far it hasn’t worked. I could use some help with prayers to create a couple of days of rain here in Washington State, and please don’t forget Seattle in your prayers for rain.

My heart goes out to all the people who have had to go through so many challenges with the storm Harvey. This storm is worse than the Hurricane Katrina that hit New Orleans a few years ago. Now they are concerned that a chemical plant outside of Houston might explode because they can’t get to it to cool it down. Please pray for that city or surround it with the white Christ light. I went through a Hurricane in the past when we lived on the East Coast and they are not fun. There was rain that came down in buckets and mosquitoes the size of a half dollar.

The astrology aspect when Harvey came ashore was that Saturn (symbolically Satan) was exactly over Houston and turned direct on August 25, 2017. A planet is very powerful when it is in the process of turning either direct or retrograde. Saturn was retrograde on 21 degrees Sagittarius at the time of the solar eclipse on August 21, 2017. It looks like this flood was an eclipse event. Saturn will remain on 21 degrees Sagittarius until September 13 when it moves onto 22 degrees. Then the sign of The Woman Giving Birth appears in the heavens on September 23. The Houston hurricane is symbolic of the water breaking before the woman gives birth.

The degree of the August 21 solar eclipse was “A mermaid emerges from the ocean waves ready for rebirth in human form.” Was that symbolic or not? The waves from the ocean definitely came into Houston. The meaning of 21 degrees Sagittarius, where Saturn was at the time of the eclipse, is “A child and a dog wearing borrowed eyeglasses.”  How many people wore eclipse glasses at the time of that eclipse? Then the meaning of 22 degrees Sagittarius, where Saturn will be on September 23, is “Making use of one’s special racial-cultural background in order to survive and prosper in a new environment,” We will see what manifests from that degree.

Saturn is not the bad guy anymore. All of the controlling machines were taken off of the planet Saturn a while back so it is no longer the controller it used to be.  It’s time to let go of the controlling nature of Saturn and look at it as bringing us the rewards we deserve from all the hard work we have done to help the Earth transform herself. In order to transform the consciousness of Earth we had to transform ourselves. Are we ready to move forward into the new energy of rebirth on September 23, 2017?

Donald Trump will be experiencing some very stressful energy for the next couple of months. His North Node is on 20 degrees Gemini and his Sun is on 22 degrees Gemini. This means that Saturn on 21/22 degrees Sagittarius will be opposing his node and sun for a while. This is a very critical time period for him. Sagittarius rules the law and law suits and the court system, etc. It looks like all of the ongoing investigations will come to a head between now and sometime in October.

When the sign of The Woman in the Heavens giving Birth appears, the north node will be on 22 degrees Leo. This was the degree of the lunar eclipse on August 7, 2017 and will trigger the energy from that eclipse. Jupiter is the sign of birth and that was on the ascendant at the lunar eclipse. The degree of that lunar eclipse was    “Two lovebirds sitting on a fence and singing happily.” Because the two birds are sitting on a fence and the fence separates two fields, this implication is that the separate consciousness of the ego can thus be blessed, perhaps as a spiritual reward for long-sustained and well-done work.  Or as it says in the Bible “two people will be in the field, one will be taken and one will be left”, in other words the time-lines will probably finish splitting.

The twelfth chapter of Revelation is very interesting. It starts out “A great and wondrous sign appeared in heaven: a woman clothed with the sun, with the moon under her feet and a crown of twelve stars on her head. She was pregnant and cried out in pain as she was about to give birth. Then another sign appeared in heaven: an enormous red dragon”.  The woman will appear in September and the sign of the Dragon in the first two weeks of October.

I believe the woman is symbolic of New York City where the Statue of Liberty stands in her harbor as a light for the rest of the world. The word Jerusalem has USA written in the middle of it. In the seventeenth and eighteenth chapters of Revelation it talks about how the woman would be attacked and there would be much destruction. The woman was attacked on September 11, 2001. Then Babylon (Baghdad) was attacked and totally fell. We have completed those two chapters.

The nineteenth chapter talks about all the wars that started in North Africa in 2011 when Uranus first went into Aries, which is ruled by Mars. First it was Tunisia, then Libya, then Egypt and then other countries throughout the Middle East. It looks like Syria is the last country of that war. Now we have North Korea and Russia to think about. Uranus moves into Taurus in May of 2018 and Taurus is ruled by Venus.

We are now experiencing the twentieth chapter of Revelation. This is where all the corruption comes to the surface for all to see which is happening right now. After this is finished we will experience the new heaven and the new Earth. At the end of the twelfth chapter in Revelation it talks about the dragon (Saturn-Satan) who will send a flood to overtake the woman and to sweep her away with the flood. Houston represents the woman right now and is experiencing the flood because Satan (Saturn) is right over that city at this time.

So that is where we are in prophecy. The dark will soon be over and we will experience the birth of a new energy which is one of love, happiness, and joy. Love is a soft and gentle energy. Please walk softly on this beautiful planet as we complete this journey through the dark side. We are needed as beacons of light all over the world for everyone to see. We are great Beings of Light.

I would like to thank everyone who sent me money for my new computer. I am going to buy a new one as soon as Mercury goes direct and then start making videos of my articles. Thank you! Thank you! Thank you! Past Life readings are still available for a $30 donation. If you would like one, please follow the instructions “Edgar Cayce Reports” page of my website. See the menu item of the same name. On that page you’ll find the submission forms you can fill out and the donation button that goes with it. These charts are very interesting. I can be reached at planetalert@hotmail.com. Lots of Love to everyone!