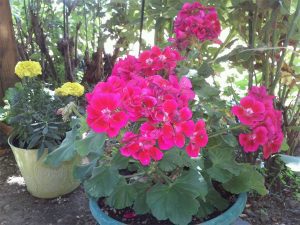 We are fast approaching the new moon of July 23, 2017 at 2:46 AM PDT. This new moon will usher in the energy of Leo, the Lion. The sun, moon, and Mars will all be conjunct on 1-2 degrees Leo. This will create a lot of fire energy. Leo rules the heart and back and it also rules your ego. This means it is time to let go of your ego and move into heart energy. Sometimes that is hard to do when your ego says “No, I am not going to let go so you can manifest heart energy. Your head is still going to rule and that is just how it is”. Your heart says “I am going to rule from now on and you are going to manifest heart energy”. So Be It!

We are moving into some very powerful fire energy. Fire is the energy of love. Leo rules the heart and also fire and heat. The fire signs also rule freedom so there will be a large cry for freedom from now on. Not only is the sun in Leo, it will be making a nice trine to Uranus in Aries, and Saturn in Sagittarius.  This energy also causes a lot of people to demonstrate for what they would like to see happen, like the defeat of the health care bill.

In this new moon chart Venus is on 20 degrees Gemini. This is exactly conjunct the north node in Trump’s chart. This would be very good if it wasn’t for the fact that Saturn is in exact opposition to Venus, and Saturn is the task master. I think this energy will cause a lot of the law suits that are against him to become public so people will see what they are all about. Sagittarius rules courts and law suits. He has had a lot of opposition to what he wants to do and this is because Saturn has been opposing his Uranus, north node, and his sun. It is usually a hard time period when Saturn is opposing your Sun, and this is why he has experienced a lot of energy against what he wants to do.

Next we will have the full moon eclipse on August 7, 2017 at 11:11 AM PDT with the moon on 15 degrees Aquarius. This is the beginning of the eclipse energy which comes as a pair. What caught my attention in this chart is the fact that Lilith is exactly conjunct Chiron, the healer. This will bring in a lot of healing energy on all levels. The meaning of 28 Pisces, where they are conjunct is “Light breaking into many colors as it passes through a prism”. That is almost the last degree of the zodiac, and means we have finished looking at our old stuff and are ready to move into something new.

At this lunar eclipse the sun will be in Leo and the moon will be in Aquarius, which is the sign of unity consciousness, it also rules high technology like computers, Internet, and other high tech things. The moon is on 15 degrees Aquarius and this degree means “A big business man at his desk”. It sounds like Trump will be in the limelight big time during this time period. The sun will be on 15 degrees Leo and this degree means “The storm ends and all nature rejoices in brilliant sunshine. This is the surge of life and love after a major crisis”. This eclipse appears to be the beginning of a new way of life. The total solar eclipse will be the culmination of this lunar eclipse.

The total solar eclipse will be on August 21, 2017 at 11:30 AM PDT on 29 degrees Leo. This is the degree of “A Mermaid emerges from the ocean waves ready for rebirth in human form”. The Goddess takes control at 1:25 PM PDT when the moon moves into Virgo. This is a good time for celebrating. This eclipse is just as important as the Harmonic Convergence was that occurred on August 17, 1987. This is when we moved into 4D.  Now the Earth will move into 5D. There were ceremonies going on all over the world on the day of the Harmonic Convergence. That has been 30 years ago.  I can hardly believe it was that long ago.

There will also be major Earth changes with this eclipse because there always are. In February of 1979 there was a solar eclipse that went right over Mt Saint Helens. Then a year later on May 18, 1980 Mt Saint Helens erupted and sent ash along the path where the eclipse had crossed. Time is moving faster now than it did in 1979 so events will happen faster. There was an earthquake in Turkey a few years ago at the time an eclipse was happening over that area. There is a possibility of a quake or another volcanic eruption somewhere along the West Coast, maybe off the coast of Oregon or California or anywhere along the darkness of this eclipse. Because there will be a fire trine in the heavens at that time there is a possibility of many fires or heat events.

The most important event with this solar eclipse will be a major consciousness change. The Sun will make a nice trine to Uranus and Saturn. The sun will be on 29 degrees Leo conjunct Regulus, the Royal Star of the Lion. Uranus, the planet of change and consciousness will be on 28 Aries, and Saturn, the old ruler of this world will be on 21 degrees Sagittarius. Here is a link to the path of the eclipse: Eclipse: Who? What? Where? When? and How?. Don’t forget to get eclipse glasses if you are going to look at the sun.

Saturn will say “I give up my power to the lioness”. Uranus will say “I will cause a major change in consciousness” and the sun Goddess will say “I accept this major change, the light has won. Love now rules the world”. This is all symbolic of the message of the Sphinx. The Sphinx has the head of a woman and the body of a lion which represents the signs of Leo and Virgo. That monument has been there for thousands of years as a symbol of this change from a male dominated Earth to a feminine heart centered Earth. In order for this to happen the Earth needs to jump into the 5D Earth just like it went into 4D in 1987.

I’m not saying we will all of a sudden find ourselves in a new world, although that could happen. I am saying that there will be a definite consciousness change. In order to live in this new world you have to be on the frequency of that world. I had a dream a few years ago that I was at the ocean and I woke up and everything had changed, nothing was the same anymore. Then a group of people were setting up a new governing system that was more of a community centered system. No one ruled anyone; we ruled ourselves with the energy of love and light. Love is Christ Consciousness and the sound of love is peace.  May peace be with you and may you bathe in the light of the Christ within you.    So Be It

Edgar Cayce Past Life charts are still available for a donation of $30. These donations help me a lot and I really appreciate them. My son Dave, who does my web site, is the one who does the charts and he shares the money with me.  He is a very wonderful son. If you are interested in receiving one of these charts click on the “Edgar Cayce Reports” menu item on the front page of my web site www.mahalasastrology.com     Thank you so much!