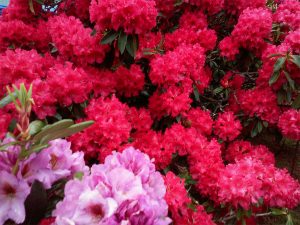 Today is a major energy day according to Carl Calleman, who is an expert on the Mayan Calendar. People from all over the world are meditating to anchor this energy into Mother Earth. The object is to open your heart to the 9th wave, which is a very high frequency. It’s my understanding that Jesus manifested 9D energy when he was on Earth and this is why I call this energy Christ Consciousness. It is also the beginning of Unity consciousness on a large scale and it is time to focus on opening your heart to receive this energy and ground it into Mother Earth. Here is a link about the 9th wave MORAG: “Mayan Prophesy 24.05.17”.

The New Moon is tomorrow on May 25 at 12:44 PDT. This New Moon energy is working up to the culmination of the Mars opposing Saturn energy that has been cresting in the past few days. Do you feel angry? A lot of people do feel this way so keep your cool.  The culmination actually occurs on May 28 when Mars is on 26 Gemini exactly opposing Saturn on 26 degrees Sagittarius, which is where the Galactic Center is located. Saturn is the judge and the negative aspect of Mars is violence. The terrorist attack in England happened on Monday May 22 because the Mars/Saturn energy was in effect.

The affects from a Mars/Saturn opposition can also cause problems with authority figures, government officials, and it can cause people to have to deal with law suits, investigation issues, or police action.  Saturn is in Sagittarius, which rules laws, judges, and the court system. The lawsuit issues seem to be one of the largest challenges with this Mars/Saturn opposition.

The reason I have been talking about this Mars/Saturn energy is because it has been so hard to deal with because it makes so many people angry. This is why it is so important to be peaceful and grounded during this upcoming holiday weekend, at least for those of us who are living in the United States.  On June 1st we enter the Mayan Dreamspell month of The Crystal Moon of Cooperation. During this time period we should be able to tune into the 9th wave of energy a lot easier.

When Mars moves into Cancer on June 4th it will start affecting the East Coast of the United States. It will be right over Washington D.C. on the Summer Solstice, which is on June 20, 2017.  This means that the energy from the Mars/Jupiter square will start building before the full moon of June 9, 2017. This Mars/Jupiter aspect rules business and financial affairs, including legal or illegal financial dealings. The investigation that has been ongoing with Trump and his business associates might culminate around the time of the Summer Solstice.

I realize that this article sounds like we have more chaos to go through, which is what the planets say for this time period. We do create our own reality and this is why it is so important for us light workers to stay grounded and at peace during this time period. We can either stay in our anger, or decide to create a new perception of life and enjoy the ride. It’s your choice which reality you choose to exist in from now on. All you have to do to enjoy the 9th wave is to open your heart and express love.        So Be It!

Here are a couple of inspiring articles The Gift Within & The Second Phase of The Acceleration into the Ascension Has Begun.

Love to all of you     Mahala Gayle

I would like to thank you for supporting me over the years. It has been appreciated and donations are always welcome. My son is still doing Edgar Cayce Past Life readings for a donation of $30. If you are interested in receiving one please check out the menu item “Edgar Cayce Reports” on the front page. If you have ordered one and have not received it please check your junk mail because sometimes they appear in that file. My son does the charts within 48 hours so if you have not received yours please send him an email at AmorStyleYoga@hotmail.com  He also does wonderful Tarot Card Readings. Smile and enjoy life!