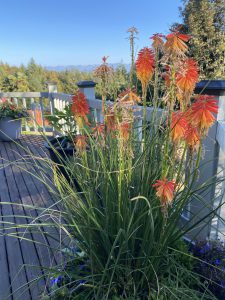 Hello everyone! It seems like it has been a long time since I wrote my last article. Life has been very busy for me and it has been hard to find the time to write. We have been having some work done on our house and that takes time and my attention. Our house has been repainted and the holes in our deck are fixed. Our house is starting to look good again.

Now it is time for me to write my article, because I have a free day. What is going to happen during the last two weeks of September, and the month of October? The sun has been moving through the sign of Virgo since August 22, and that sign rules women. The Queen of England died on September 8, 2022, and this is the end of a 70-year reign. We are now at the end of one cycle and the beginning of a new one.

What kind of king will Prince Charles turn out to be? He is very well known in the world. I look forward to the time when William and Kate will come to power with their youth and new ideas on how things should be done. Time goes by so fast that it won’t be long before William and Kate will be King and Queen.

Queen Elizabeth II was basically, Queen of the world, because she ruled so many countries, and people from all over the world liked her. The world felt her loss when she died, because she had been in power for 70 years. There have already been many celebrations and parades going on since she left. The most powerful people in the world are at her funeral. Which is today.

Queen Elizabeth came from a long lineage of people that go all the way back to Jesus and Mary Magdalene. I remember reading a book many years ago that traced the Queens lineage all the way back to Jesus. I don’t remember the name of the book; I just remember reading a book that had that information about Jesus in it. I read all the time and sometimes I do not remember all of what I read; although if it is important, I usually remember the information.

It was kind of fun to watch the monarchy and see how it worked. I think many of us liked the idea of a King and Queen and all of the pomp and ceremony that went along with that monarchy. It must be in our blood. Now it is time for many of us to be sovereign, and be our own ruler. We do not need to be controlled by anyone anymore. The United States broke off from England many years ago and became a free nation. We have had our Constitution and Bill of Rights since July 4, 1776. I am very grateful to live in a free country.

What will the challenges be for the rest of this month and for October? It looks like there may be a challenge with the money system soon. The north node was just on 16 degrees Taurus, which rules money, and 16 is the number of the Tower Struck by Lightning in the Tarot Cards. At the time of the last new moon on September 10, the sun was triune Uranus, which is in Taurus, and that causes sudden changes. This means there will probably be some kind of changes in the money system shortly. The changes do not have to be negative and they could happen in any country.

The sun is now going through the sign of Virgo, which is goddess energy. Virgo is ruled by Mercury which is retrograde, and will stay that way until the end of September. Mercury seems to cause chaos when it is retrograde. Saturn is also being given great power right now by being conjunct Vesta, because that is a very powerful Asteroid. The areas being affected by this aspect are N. and S. Korea, Taiwan, and the little islands in those areas. China has been harassing Taiwan for a long time by flying their fighter planes over that country. It must make the people in Taiwan very nervous to see them fly over their country all the time.

There has been much flooding all around the world. Pakistan has had very large flooding, along with the East Coast USA from the Hurricane that is coming in now, and today there was a 7.5 quake in southern Mexico. There have also been many fires all over the world, which always happens in the fall season when everything is hot and dry. If anyone who is reading this article is in any of these events, I send you healing love.

The pandemic is over; as announced by President Biden last night. We now move into the end of the prophecies; which is the return of the light ships. The ships are here to help us build a new world where peace and love rule. I hope this happens before the end of this year. We are entering a new world of 5D energy. This energy will be much better than we have been experiencing. The dark rulers are going down, or some may stay on 3D earth, as we move into a higher Dimension Earth. It is all a matter of frequency. So Be It!

I send all of you Love and blessings!

I can be reached at www.planetalert@hotmail.com or on my website that is www.mahalasastrology.com

Have a wonderful fall season and enjoy the beautiful weather as the trees start turning colors!