This month’s Venus Gate opening the Ajna center is immensely powerful. As Venus has been ascending, she has been initiating the small fearful self to the bold Immortal Self. 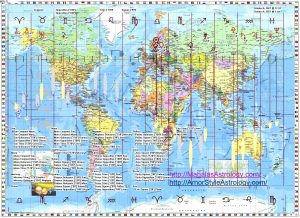 The party begins with the New Moon on the 6th October at 13 degrees Libra and just one degree away from Mars now invisible in the bright rays of the Sun. Mercury is travelling Retrograde towards this line up at 20 degrees Libra so it’s a potent mix. Pluto has been retrograde for some time and today is Stationary in Gene Key 63, revealing a profound Truth so be sure to be listening for it. The Sun Mars Superior conjunction takes place the following day 7th October where Mars is imprinted by the Solar Logos and highest intelligence for the cycle ahead. This imprinting takes place over two Gene Keys so I offer you the key words for your contemplation at this time. The exact conjunct occurs at 15 Libra 05’

Gene Key 48 is called The Wonder of Uncertainty

Gene Key 57.1 is where the exact conjunction of the Sun and Mars occurs (8th October) and the Line One of the Hexagram indicates a new creative impulse. Gene Key 57 is also connected with the Ajna center; when we are ungrounded and the Ajna center is blocked we feel uneasy. This is a chronic problem for humanity right now as many security blankets are withdrawn (petrol in the UK for example has become overnight like gold dust). A clear Ajna Center brings confidence in one’s intuition as a guide, and at higher frequencies moments of absolute clarity as a pure light in the body. Libra is not the natural home of Mars ruler of Aries, so the imprinting here is asking for adjustments to be made and an equilibrium to be found. 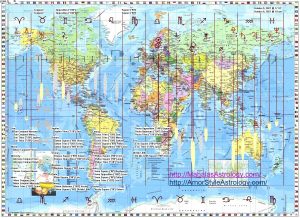 This is all perfect Creator synchronization with the Venus Ajna Gate opening the following day on the 9th October at 2 degrees Sagittarius 33’ aligned to the South Node and the very powerful Gene Key 34. The Moons Node’s recently moved onto this axis of the 34-20 channel of the Manifesting Generator. Gene Key 34 is raw life force energy, it is connected with the plant kingdoms and ancient star seeded shamanic traditions that originate in Siberia, newly awakening to assist humanity in this transition. The wisdom of these traditions is known to be seeded in many places through language such as Finland and Hungary, ancient Greece, the Holy Grail mysteries of Europe and Britain and as far afield as British Columbia. Its Shadow is Force, Gift Strength and Siddhi Majesty. This is a link to a podcast to Human Design Analyst Katreni Maticce who was born in this area of the Ural mountain about Gene Key 34. (90 minutes of pure storytelling wonder) https://youtu.be/EkwzwkBJGLI with totem animal Bear at the center

In 2027 there will be a big change when we move into the Cross of the Sleeping Phoenix which has the 34-20 channel and the 55-59 channel. We are in the last 6 years of the Cross of Planning and as all the outer planets are retrograde the past month there has been intense pressure to break down the old and reveal deeply rooted corruption of systems.

The cosmos though is showing us the way forward and that ultimately we are headed for better pastures, a more harmonious way of living with Gaia and other people that transcends conflict and division. Astraea Goddess of the new Golden Age has just crossed the Galactic Centre and on this day sits at 0 Capricorn 52’ activating the building blocks of new forms to begin which is just such perfect timing.

On the 9th October Mercury in his retrograde also reaches an exact conjunction with the Sun and Mars adding some extra ‘big bang’ to the day. Watch out for things in the news around this time that express this powerful energy unfolding. On a personal level you may find the need to speak your truth and also become much more aware of the purpose flowing through your life. If you are experiencing throat or mouth troubles pay close attention to what is happening in your body and how you may transmute fears of expression. With Venus Moon conjunct the South Node we may have moments of clarity of how ancestral and cultural wound patterns are limiting us and creating fear and uneasiness within.

In celebration of these wondrous cosmic events, I’m going to be holding an online Venus Inanna Ceremony and Master Class to go deeper into this on Saturday 9th October at 10.15 Pacific time 6.15 UK time for 1.15 minutes. The suggested donation is £20 using PayPal. My email is astroalison@gmail.com for PayPal and then email me and I will send you the link.

I offer one to one readings Goddess Asteroid readings, Gene Key Hologenetic profile readings and a really amazing method of opening the chart Holographically with Sabian Symbols using the inner plants. Please email me for further information.