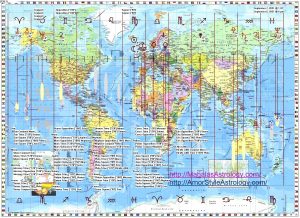 Welcome to September, the month of the Goddess energy. Today is September 6, and the night of the new moon which occurs at 5:51 PM tonight. This ushers in the Jewish holidays starting with Rosh Hashanah, which is their New Year Day. Then 10 days later comes Yom Kippur, the Day of Judgment, and 5 days after that is the festival of Sukkot which is a very Happy Harvest celebration. This corresponds with our Fall Equinox on September 21-22, depending on where you live in the world. Let’s all celebrate! It is time!

I found out years ago that these holidays were very important. On May 23, 1973, I had a dream vision of looking out my front windows and I saw a huge Star of David in the sky, then I saw fighter jets in the air and they were attacking Israel. This happened on October 6, 1973 when Egypt attacked Israel on their holiday of Yum Kippur. The head-line of The Seattle Times Newspaper the next day was “The War of Judgment has started”. This war did not last very long, although it did fulfill one of the Bible Prophecies.

I have been watching their holidays ever since then and this year looks like it will be a very eventful holiday season according to my dreams, which showed me many things that would happen this month, like the sun becoming dark and the moon not giving its light and the ships coming down from heaven. Only time will tell if those events really happen. I know many people have said that September will be an eventful month.

A friend of mine who grew up Jewish sent me a couple of paragraphs on the Jewish Holidays for this year. Here is what she wrote.

“5782 Jewish new year is September 7th, although anyone can celebrate it. It begins with a most auspicious rain/reign of golden Light of God-Goddess upon and into the hearts and upon the lips of humanity. This year the message is the long night of enslavement will soon end. Take your hearts and shelter in the shadow of the ‘most high’. Love will reign/rain down as golden Light in a great shower, a magnitude of which we have not experienced on earth. Portals of great illumination are opening for earth life.

Each number can be translated as a Hebrew letter. Reading from right to left, 2 is a house and an ox. Our home is in our hearts, (the tabernacle of flesh). The ox is strength, making your heart strong in the ‘Most High’. Eight (8) is the prevailing influence of chi or life energy 7 is the intensifier, the divinely organized. And finally, 5 is grace and revelation. All together we have the intense revelation of life enhancement through the grace of Great Spirit upon us in our hearts and upon our lips to speak of it. This is the year of Freedom!

Biblically it is also the seventh year of shmitah. This is when the people let the land rest and renew, when debts were forgiven. We are to speak with love in our hearts.

The Lion of Judah shall Roar! When light and love filled hearts speak it out, no disease, no darkness, no enslavement shall be. This is the year of Freedom.”

I think we are moving into a very powerful year with much change on many levels. At this new moon (tonight) the sun is on 14 degrees Virgo along with the moon and it makes a nice trine to Uranus, the planet of change. The meaning of 14 degrees Virgo is “Transformation and versatility and a reformer and reviser of systems”. Uranus is an electrical planet and rules such things as solar flares, electricity, space ships and totally unexpected events. It is on 14 degrees Taurus and that degree means “Returning to simpler joys of life.”

Many people think we are in for major events this month, including Remote Viewers who all five saw a mushroom cloud in the sky this month. What could that mean? Are they seeing a nuclear war? I also see many events happening this month, especially after this new moon with the sun and moon making a trine to Uranus exactly by degree.

One of my dreams told me that the sky will become dark in the middle of the day. That is the last prophecy of the Bible as far as I can see. I had a dream that I was over at my friend’s house when the sun became dark. I will be over at this friend’s house on Wednesday September 8, and also September 13 this year, which is also my birthday. My dream seemed to portray a time period between August 31 and September 13. My dreams have a good chance of happening so we will see if this one happens, or not.

So, what else is going on with the planets? Pluto is still in a perfect square to Eris which causes all kinds of chaos to happen. It will be in that alignment until Pluto starts to move again, or the end of this year. The United States has felt much energy from that planet because Pluto is on the same degree as it was when the United States was formed in 1776.

Pluto rules birth, death and transformation. Pluto also rules Viruses, and the Virus will probably stick around until Pluto starts to move forward and move out of the square to Eris, which will be by the end of this year. Pluto is also in retrograde right now and will be in that process until the end of this year. Mars moves out of Virgo on September 16, and moves into Libra where it will stay until the end of October. Mercury turns retrograde on September 27 through October 19.

We have had a summer of Mars energy on the West Coast. There have been many fires in California and Oregon although we have been lucky here in Seattle. We have not even felt the smoke from those fires. We have had a really hot summer and have gone for over two months without any rain, except for one day. Watering our flowers and trees has been a job. They are so dry; I don’t know how they have survived this heat. I am definitely ready for some rain. I would be very happy if you people who live on the East Coast would send us part of your rain. I have never experienced a drought like this in the many years I have lived in Seattle.

I think a time of change is in the works for this month of September from all of the emails I receive talking about what will happen this month. I have included some of those emails for your information. Here are the links. The Galactic Federation Is Here, The Great Liberation Of Planet Gaia Is Proceeding In Full Speed.

May you be blessed in this beautiful month of September and may you live in love, peace and happiness. Walk softly on this beautiful planet and send her love and light too. She needs it because she has been going through many earth changes and cleansing herself with fire and water.

For those who sent me donations of money last month, they were greatly appreciated and Happy Birthday to my fellow Virgos. I am looking forward to a much better year and some rain. My husband’s cancer sores are almost all gone. He has been taking the medicine called Erivedge. It has healed his sores from the inside out.

I can be reached at www.planetalert@hotmail.com

Blessing to all of you! I love you!