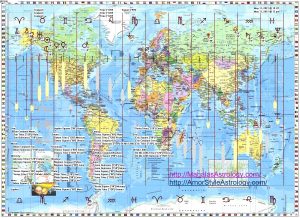 Hello everyone! Here it is May 12th already so I am writing this article for both May and June. Time sure goes by fast these days. I think we are in fast-speed. There are many things going on in the world right now and there will be more events because we are now moving into the eclipse season. This starts with a full moon eclipse on May 26, 2021 and then a solar eclipse on June 10.

A major event happened in Israel from this May 11th New Moon. Uranus was on 11 degrees Taurus, over the Middle East in a sextile to Mars on 11 degrees Cancer and a major war started against Israel with many missiles sent to their country by the Hamas, a Palestinian Islam militant organization. As I am writing this article the war is still in a full-blown crisis. Please send prayers to this area for the highest and best good.

The sun is still in Taurus and Taurus/Scorpio rules both the West Coast of America and the Middle East. Sometimes it is hard to tell which area will be affected and sometimes both areas are affected. Maybe the West Coast will still have an earth event. The bad news is that Mars is activating Washington D.C. now so we may interfere in this war, or the Mars energy could work out in a different way. Israel being attacked is one of the last prophecies in the Bible. This event has been expected by many people because of that prophecy in the Bible.

I would like to say that everything is fine and that the light has won, although the dark still has a strong hold on the world and the dark ones are not totally gone. They are fighting to the end. There have been many large light waves encompassing the world and this makes the dark Beings surface so they can be exposed for who they really are. We have been having many large solar flares that really knock me out. The light coming in will change everything but sometimes it takes time to take effect.

We all know that everything will turn out OK and that the space ships are here to see that everyone with love in their heart will be safe. It is now time to move to a higher frequency Earth where love rules, however that happens. We may just wake up one morning in a new environment and wonder how we got there. I do not know the timing of when this will happen but I think it is soon. I had a dream a couple of nights ago that there was a very large earthquake. I think this is referring to the 6th seal in the Bible where it says there will be a large quake and the sun will be darkened and the moon will not give its light and the stars (ships) will fall from heaven. Maybe the sun darkening refers to an eclipse. We are moving into the eclipse season. 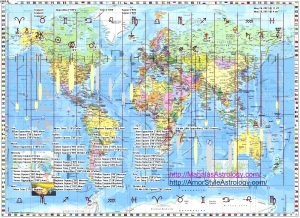 During the first full moon eclipse on May 26, 2021 the moon will be on 5 degrees Sagittarius at 11:20 AM Universal time. This degree has its focus on a medical event. I think this will be the beginning of the end of the Virus. Sagittarius is the sign of freedom. Maybe we will be released from the control of the dark side at this time. That would be nice. This eclipse will be focused on Afghanistan, Pakistan, and India. There might be some earth changes in those areas or it might have something to do with the Virus which is running wild in India right now.

We are getting close to moving out of the energy of the Virus because Jupiter will be moving into Pisces in a couple of days and will move away from Pluto, which rules the Virus. We should then begin seeing a decline of the Virus. Another prophecy will have been fulfilled with the end of the Virus. According to the Bible it says “two people will be in the field, one will be taken and one will be left.” Isn’t that exactly what happened with the Virus? The next prophecy is about the sun becoming dark.

The Bible says “The sun will be darkened and the moon will not give its light and the stars (ships) will fall from heaven.” The next eclipse will be a solar one on June 10, 2021 at 11:10 Universal time and the sun will be on 19 degrees 47 minutes Gemini. This eclipse will be felt over the UK. At this time the sun will be darkened. Does this refer to another event happening? What kind of event could happen that would cause the space ships to come down? Could it be a large earthquake or maybe a volcanic eruption?

The meaning of 19 degrees Gemini is “The need for people concerned with the future to discover a new way of living and more wholesome surroundings. Our technological society is polluting not only our global environment, but the mind and feeling responses of new generations as well. The search for a new way of life is seen by many people to be imperative.” Is this the time we move to the new earth?

Jupiter will move into Pisces on May 13 where it will stay for one year. Pisces is a water sign so look for more water events. Jupiter will be in its south declination so it will probably affect the Islands in the South Pacific Ocean. The opposite point of Jupiter will be affecting the ocean off the coast of South America. Pisces is also a very emotional sign so we will see emotions flying everywhere. This will be the time to stay centered.

The planet Neptune is also in Pisces right now and that is the planet that rules Pisces. This planet also rules the spiritual realm and movies and magic so we may find unusual things happening to us during this time period. Neptune rules feminine energy and many women are starting to come forward to help the world change its course to one of peace and love. The masculine energy has been in charge for many years and this energy rules force which has caused many wars. Now it is time for the feminine energy to take center stage so there will not be any more wars. It is time for us to live on a new peaceful planet and this could happen in the twinkling of an eye. We all need to access our heart chakras and to “Think with our heart.”

We have been living in much chaos for a few years now and life has been very challenging. It has been very hard living through all of the strong energy that has been coming to earth to help us transform. This has caused many people to have a hard time dealing with the energy. Watch how many people will start complaining about their feet hurting now that Jupiter will be in the sign of Pisces, which rules the feet.

Aries rules the head and the eyes, Taurus rules the neck and throat, Gemini rules the arms and the lungs, Cancer rules the stomach, Leo rules the heart and back, Virgo rules the intestines and colon, Libra rules the kidneys and liver, Scorpio rules the sex organs, Sagittarius rules the hips, Capricorn the knees, Aquarius the ankles, and Pisces the feet. When these waves of energy come in, they usually affect the weak points in your body, and then you complain until the energy changes and the pain goes away. I can feel the energy coming in from the solar flares and it really knocks me out. When I wake up and don’t feel good, I always check www.spaceweather.com to see what is going on. 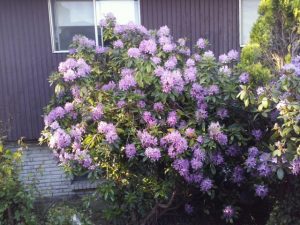 Walk softly on this beautiful planet and enjoy nature. May is one of my favorite months because it seems like everything is in full bloom right now. My yard is gorgeous with all my Rhododendrons. I wish they would stay that way all summer. I will be back with another article in July, so have a nice summer filled with love, joy, and happiness. I send you my love.

I can be reached at planetalert@hotmail.com Comments are always welcome. It is OK to disagree with me but please be kind with your words if you do disagree.