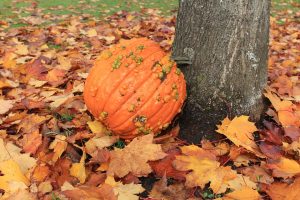 Today is Halloween and there is a full moon with the sun on 8 degrees Scorpio in opposition to the moon and Uranus on 8 degrees Taurus. This aspect will affect the US election and who can tell what will happen with Uranus conjunct the moon? Uranus is a wild card that can cause much confusion and chaos. Uranus is on the degree of “The ability to create inner happiness in dark hours and gives us faith in a transformed future”.

Mercury is also retrograde and turns direct on Election Day.  Mercury is very powerful on the day it turns direct and this means that the sign of Mercury is very powerful on November 3.  Mercury retrograde can also cause much confusion and will probably make it a very chaotic day.  Mercury is also square Saturn on that day and this causes a pessimistic attitude, mental worry, and anxiety in people. There can be a lack of inspiration as well as difficulties in dealing with people. Disagreements and problems can arise with groups of people. 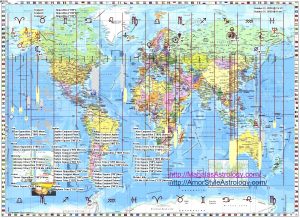 Delays may happen by slowed and delayed communications and shipments. Legal difficulties, red tape and trouble with government agencies may present problems at this time. This means that the election will have many challenges and disruptions. There is the possibility that this election will go on for a few days.

The planet Mars is very significant in this election. Mars is on 15 degrees 59 minutes Aries and it is also retrograde. That is just 1 minute from being on 16 degrees and that is “The Tower Struck with lightening” in the Tarot Cards.  I find that very interesting because the word Trump adds up to 16/7. Trump came to power to shake up our society and change things so the new could come in. Is this the time when everything changes? Time will tell.

The celebration of Halloween is when a doorway to the other side opens because the veil is very thin at this time. This means that we could very easily reach a new reality. Halloween is actually a 3-day holiday. November 1st is All Saints Day and November 2nd is All Souls Day. These days are celebrated in many churches. The Spiritual Meaning of the Halloween Moon, on Elite Daily.

The spider is one of the symbols of this holiday and according to the Hopi, the Spider Woman is our creator goddess. This also ties in with the sign of Ophiuchus/Asclepius, which is the 13th sign of the zodiac. The number 13 refers to feminine energy. The Spider Goddess weaves her web around all of the other signs of the zodiac to create Oneness.

I had just written that part when I heard there was a 7-point earthquake in the area close to Patmos where the ancient healing temple of Asclepius was located and the Book of Revelation was written. There was much destruction from this quake. Here is a link to a video 7.0 Earthquake In Aegean Sea Shakes Turkey…. Is that a sign that we are at the end of the book of Revelation? As far as I am concerned it is and the last event is the sun becoming dark and the moon will not give it’s light and the stars (ships) will fall (land) from Heaven.

The sun has started to wake-up and is starting to flare. There are more flares coming our way and this will add to the possibility of more storms, fires, quakes and flooding.  There are solar flares going on right now during this 3-day Halloween holiday along with an Asteroid passing by on November 2nd. I think the sun will be very active in the next couple of months until the sun creates a large solar flash. This is what many people are expecting to happen by December 21, 2020 when Saturn and Jupiter are conjunct in the sign of Aquarius.

There is also a very important total solar eclipse coming up on December 14, 2020 when our sun lines-up with the Galactic center. This total solar eclipse will be visible from Chile and some parts of Argentina in the afternoon. Some regions in southern South America, southwest Africa, and the Antarctic will see a partial solar eclipse if the weather permits. Here is an Eclipse Map for reference. What a way to end this chaotic year of 2020.

Speaking of a chaotic year, I have talked before how Trump was born with his Saturn on 23 degrees Cancer in an exact square to Eris at 23 Aries, the planet of chaos. This chaotic energy was activated from the time he took office until now because that is how that energy worked out. This is also what will cause a chaotic election. The line-up of planets in Capricorn caused the transformation of our government. Jupiter and Saturn move out of Capricorn into Aquarius on December 21, which is the Winter Solstice.

Mars, the old planet of war will be in Aries, a fire sign, until January 6 when it finally moves into Taurus, which is a much more peaceful sign. Then Mars will conjunct Uranus which will cause a whole new vibration. Taurus is ruled by Venus so when we get past this tremendous energy we have been feeling for the past 4 years; we will finally be able to breathe a sigh of relief. Then we will start experiencing the energy of peace. Think about how nice it will be to finally have peace on Earth. Of course, we are the ones who will have to create this peace. Let there be peace in the world let it begin with me.

We are also in the time period of the separation of people. Two people will be in the field, one will be taken and one will be left. Taken to where? Does that mean we will be taken to a new world of peace? Is that why there are so many ships here right now? Is it time for this world to release her skin, and that skin will go and surround another planet in space that will become the New World? I guess time will tell?

What does our father in heaven mean, and what happened to our mother in heaven? The feminine has been put down for eons of time. Don’t you think it is time for her to reappear?  Where is heaven? Do we go through the gate of Orion to find our heaven? Did you know that the original name for heaven was Orion?  Did you know that Orion contains both positive and negative energy? The great light in Orion is where both the positive and negative energies comes together to create the Great White Light of God/Goddess. Orion is where the great galactic war started, which is now over. It ended in December of 2019. Now we are finishing up that war on earth, which I think will be over by the end of this year.

The most important thing in life is to manifest Love. That is the glue that holds our Universe together. With Love anything is possible. Open your hearts so you can create through Love. Then you will be able to create anything you choose to experience. Be kind to everyone, even if you don’t like them. We are all one. Think with your heart and walk softly on this beautiful planet. I send you my love.

I wish all of you a Happy Halloween and a great Thanksgiving celebration. Enjoy the Holidays.

You can reach me at  planetalert@hotmail.com
Donations are always appreciated.

Thank you in advance!