Welcome Spring! Thank goodness we are on the way to some nice warm weather and more sunshine. I am writing my article a little early this month because of all that is going on in the world. I was totally surprised how fast the whole earth was shut down. I never believed it could happen that fast. For those of you who are staying home; I hope you are enjoying your time off. For the service workers who are still working; I thank you for being the great Beings you are as you continue to help people. What would we do without the nurses and doctors and the people who keep the grocery stores open so we can still get food, and many others who help in many different ways. I bless all of you.

Here is a quote from Kitty O’Meara. “And the people stayed home. And read books and listened, and rested and exercised, and made art and played games, and learned new ways of being and were still, and listened more deeply. Some meditated, some prayed, some danced. Some met their shadows. And the people begin to think differently. And the people healed. And in the absence of people living in ignorant, dangerous, mindless, and heartless ways, the earth began to heal. And when the danger passed, and the people joined together again, they grieved their losses, and made new choices, and dreamed new images, and created new ways to live and heal the earth fully, as they had been healed”. Thank you Kitty!

In my last article I talked about the 24th chapter of Matthew where it says “when you see a man standing in the Holy Land giving a speech (that would be Trump when he gave his speech in February) then it is time to take to the hills because there will be a time of tribulation like there has never been before.” We are now in that time period because of the Coronavirus. It has affected the whole world.

The Bible also says that this time period would be shortened to save the Elect. This must mean that the virus will not be in effect for as long as the leaders are saying it will be. Right now, the energy of fear is running rampant and this is why we are in the time period of shut-down, which needs to happen to stop this virus.

March is the 3rd month of the year and the word fear adds up to 3. I guess that is why they say March is the month of madness. Maybe the energy will improve when we move into April because that is the 4th month. Passover starts on April 8 and continues until April 16. The full moon is the night of April 7th.

We are experiencing the repeat of the Moses drama right now. Think about what happened in the movie The Ten Commandments. (Hollywood style of course.) Moses went to the pharaoh and said “Let my people go, they want to be free.” Don’t we also want to be free from control right now? Then in the movie many people died, which is happening right now with the virus. Then darkness came upon the land.

In Matthew Chapter 24, it says “At the time of the great tribulation the sun will be darkened and the moon will not give its light. The stars will fall from heaven and the heavenly bodies will be shaken.” What will cause this darkness to happen? Could it be the planet Nibiru? I almost forgot about that planet because people had stopped talking about it. Then the other day I received a picture of Nibiru (the Red Kachina) and the email said it is approaching Jupiter’s orbit right now which will soon make it visible to the naked eye. Link Jonas Passos March 16th. [email contents featured below]

Another prophecy is that the rivers will turn red as Nibiru gets closer to us. This is from the red oxide that comes off the planet. Then I received another email about how the rivers all over the world are turning red right now. Link Rivers and Waters are Turning Red. This is the only thing I can think of that could cause the sun to be darkened and the moon to not give its light, and the heavenly bodies shaken.

The Bible seems to put things in order of how they will happen. First it talks about the man standing in the holy land (USA) then the great tribulation (virus) happens and everyone becomes fearful of this virus. That sure has happened. Then it says that the sun will be darkened and the moon will not give its light.

Right after that happens, it says “the sign of the son of man will appear in the heavens and the people of earth will rejoice because we will see the son of man coming in the clouds of heaven with power and great glory”. He will send out his angels with a loud trumpet call, and they will gather the elect from one end of heaven to the other. This is when we move into the new earth.

I think this time period is getting close because Passover happens in April and so does Easter. If this darkness does happen at that time, are you ready? The conspiracy theory says that the darkness starts on April 1st and will continue until April 10th, which is Good Friday. I don’t know exactly when this will happen but it is the next thing on the agenda. I know I have repeated much of what I said in my last newsletter but I thought it was important to repeat it because we are now in the great tribulation and the darkness could happen at any time.

Many planets have been lined-up in Capricorn since January 12-13, 2020. Capricorn rules structures and governments and look at what has happened since January. The structures are coming down big time. I have never seen anything like this happen in my life- time, have you?

Mars went into Capricorn on February 18, 2020 and started triggering all of the planets in Capricorn. Mars is an energy planet and is good at triggering events. When Mars made an aspect to Jupiter, the stock Market started to go down and is still going down. This is so the new money system can come onboard, which is already set-up and ready to go.

Pluto rules viruses and that is why the pandemic got so bad in March because Mars had been approaching Pluto. Mars and Pluto are exactly conjunct today. This means that a crisis has happened, and now Mars will start moving away from Pluto, although it may take a while before the virus leaves.

Mars will be in Capricorn until the end of March, and then Mars will move into Aquarius and join Saturn. This will be an entirely different energy because Capricorn rules control and Aquarius rules freedom. We will then move out of the control energy and start manifesting freedom. I think April will be a very intense month because the sun will be in Aries which is ruled by Mars until April 20. Then the sun moves into Taurus and everything changes.

Light manifests the energy of 11/2 and the word dark manifests the energy of 16/7, which is the Tower Struck by Lightning in the Tarot. I think the towers are starting to fall. If we add 2 + 7 it adds up to 9 and that is the energy of love which is the glue that holds our Universe together. Love encompasses everything so “Think with your Heart “and we will make it through this great tribulation with flying colors. Maybe everything will change for the better by Mother’s Day. Wouldn’t that be nice.

The face of the dragon

P 7 x can be observed with powerful and also long-range telescopes. Above 200 mm

I also want to make it clear that astronomy is a science that requires a lot of seriousness, not just point the telescope and capture the We have to take into account the speed of the earth (1.700 km / H) and also the speed of the celestial body that is observed, it is not so simple, and that celestial body has not yet exceeded the orbit line of Jupiter, Our Inner Solar System, this celestial body has a heavy and intense cloud of iron oxide, as well as its central body. That’s why the observation needs a special infrared lens. 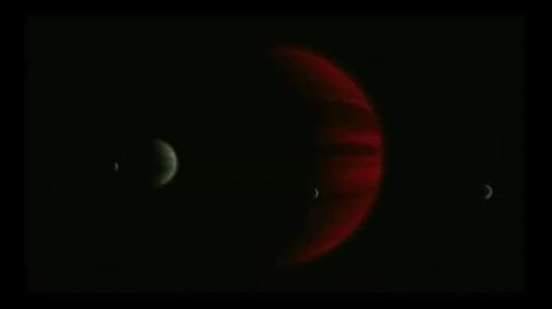 The Photo above is infrared, and the settings of red or brown dwarf, which are usually objects without visible light, seem confirmed.

In this amazing photo, we see the object with its small moons or planetoids.

And I repeat the words of Patricia, astronomy cannot give in to the speculation that exists on the internet, and all that appears in the sky is nibiru.

I myself have always been very careful on the subject, and I have dismissed almost all the theories of nibiru from the past based on arguments without.

But now, the object p 7 x is real and can be detected by anyone who has the necessary technological devices and devices.

We know a lot about him, especially his coordinates.

According to Patricia, it is approaching Jupiter’s orbit, which will soon make it visible in the sky, with the naked eye. And also a powerful tail, of more than 1. (Sun-Earth Standard distance).

On my part, in addition to the effects on earth that we can classify, in times of alignment of the object with other stars (such as the nearby planetary group, Apex between March 18th and 20th), the crops circles As a binary system.

And that fact, this new status of the solar system, I never had doubts.