March is here and the trees are starting to bloom. Pretty soon there will be pink trees everywhere and after that the flowers will start blooming. It is so beautiful here in the spring but it is hard to stay centered with so many people getting sick. Too bad the world is in such chaos from the Coronavirus that started in China. 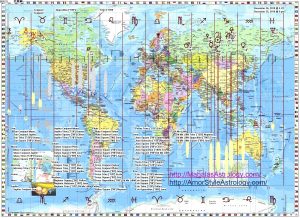 Eclipses in Capricorn and Cancer cause such things as pestilence and diseases including cancer. There was a solar Eclipse on December 26 over Asia, the Middle East, and Africa. There was also a lunar eclipse on July 16, 2019 which covered the Pacific Ocean and the Asian countries, along with Europe and Africa. These eclipses were a set-up for the events that are happening now. 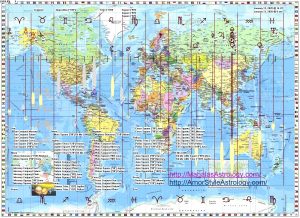 I notice that the countries of China, Europe, the Middle East, Japan, Koreas, and Taiwan seem to be the ones most affected by the virus so far. Africa has had a challenge with locusts eating all of their crops. China is under Capricorn and the East coast USA is on the opposite side of the world. The East Coast will probably be affected by this virus along with Washington D.C and New York where the Stock Market fell last week. How will this virus affect our government? Will our senators and people of congress get sick? How will this affect our upcoming elections and will the candidates be allowed to have large crowds gathered to hear them talk?

I heard that the Pope is sick. Did he get the virus from his crowds of followers? Or is he just sick? If he has the virus what will happen to the Vatican? Italy is one of the countries that have many cases of the virus right now. Will the Black Pope catch the virus? Did you know that the Jesuit black Pope is in charge of the whole world? He is in charge of all the FBI, CIA and so forth all over the world. The buck stops there.

If you want more information about the Black Pope and the Jesuits, search it out on the Internet. You may be amazed when you find out how many people who rule the world are Jesuits. There have been many books written on this subject and one book is called “In God’s Name” I read that book many years ago and it really opened up my eyes to the control we have been living under for so many years.

March will generate very chaotic energy from the planets. Mars, the activator is in Capricorn and will be there until the end of March. Mars will activate one planet after another as it moves through Capricorn. First it activated the South Node and we heard of many deaths caused by this virus. Next it will trigger the planet Jupiter which I think has already started because of the fall of the Stock Market. That will probably be very volatile until Mars moves past Jupiter which lasts until mid- March. Then Mars will start activating the planet Pluto, which rules birth and death. This will reach its climax at the Spring Equinox on March 19. By the end of March Mars will be conjunct Saturn, and by the first of April Mars will be in Aquarius, which rules freedom. We need to keep our emotions under control as we move through this month of March. 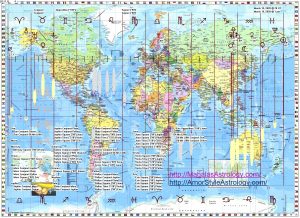 The full moon is on March 9, and Mercury turns direct in Aquarius on that day. Then Mercury goes back into Pisces. This last retrograde of Mercury was very chaotic for me and here I am writing my article with Mercury still retrograde. What a challenge. There will probably be a large quake when Mercury turns direct either in Japan or south of there in one of the little islands. We could send light to that area to diminish the size.

Now, let’s get back to what the Bible says about these chaotic times. The Bible says in the 24th chapter of Matthew that when you see a man standing in the Holy Land giving a speech (that would be Trump when he gave his speech in February) then it is time to take to the hills because there will be a time of tribulation like there has never been before. We are now in that time period and the Coronavirus is here. It also says that this time period of the tribulation would be shortened to save the Elect.

Easter season is fast approaching and the Holy week will start on April 5 and Easter will be on April 12. Passover starts on April 8 and continues until sundown on April 16. When I think of Passover, I think of the Moses drama. Look at all of the plagues that happened at that time. The other day I received an email that named the 10 plagues that we are going through right now and the locust in Africa was one of them and the coronavirus was another one. Here is a link to that article 10 Plagues That Are Hitting Our Planet Simultaneously.

Another event happens in April and that is the opening of a Gateway that was closed at the time the war in heaven started in Orion. That was millions of years ago. That war is now over and it is now time for that Gateway to open. When it does open, Christ conscious energy will flow into Earth for everyone to feel and we will enter the frequency of the 6D earth. Right now, the energy of fear and the energy of light are equal and that is why we are in the time period of breakdown. This changes when the Gateway opens.

Matthew goes on to say that at the time of the great tribulation the sun will be darkened and the moon will not give its light. The stars will fall from heaven and the heavenly bodies will be shaken. At that time the sign of the Son of Man will appear in the heavens and all the nations of the earth will rejoice. They will see the Son of Man coming in the clouds of heaven with power and great glory. He will send the angels with a loud trumpet call, and they will gather the elect from the four winds, from one end of the heaven to the other.

There will be many people leaving in this time period. Live in love and you will be safe. The Earth is going through a major cleansing and soon all of the fear energy will be gone. I had a dream in September of 2010 that we were all asleep and we woke up and we were in a new reality. There were no more governments and we were all working together to build communities of light and everything had changed. Maybe we will just wake up in a higher frequency reality. I think we are living in a really exciting time period. Who knows what will happen next so look for the unexpected. Remember, we are living in the year of Magic and Miracles. So Be It. Here is another link that I think you will enjoy The Rebirth Amplified.

I send you love and light!