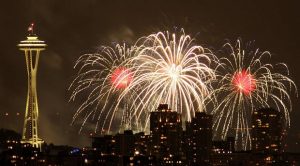 What a year 2019 was for me and I am really glad it is over. Now we are in the year 2020. What kind of energy will this year bring to us? First, it is the number of a double 20. This number in the Tarot is the number of Judgment. Does that mean double judgment this year, or will we see it as a number 4, which is the foundation number for a new beginning?

I think this upcoming year will be much better because we have moved into a new energy. The new energy started on December 23, 2019 when there were six quakes off Vancouver Island, Canada. Two of the quakes were 6.0 quakes. Then on the next day there was a 6.3 quake off Vancouver Island. This made a total of three 6-point quakes in two days.

This was a very important event because Vancouver Island is the acupuncture point for the Pacific Northwest. When quakes hit off Vancouver Island, they take the pressure off the rest of the west coast. It is also important for the rest of the world because it connects to other sacred sites around the world. At the same time the quakes hit Vancouver Island there was a 6.0 quake in Argentina, a 6.0 point quake in Columbia and a 6.1 quake in Afghanistan. These quakes opened up the grid to 6D energy. Celia Fenn “Power Surge”

Now we are in 6D energy and this is the energy of Magic and Miracles. It also rules the little people, like the ferries that live in Ireland. It rules love and unity consciousness. The number 6 is a very soft, kind, and gentle energy and is very creative. Virgo is the 6th sign of the zodiac and that sign rules healing energy. Virgo is the only sign that has the symbol of a Goddess.

This energy has been activated so now anyone can manifest love energy, although the world still has some challenges to go through. This is due to the Christmas Eclipse that was called “The Ring of Fire Eclipse” although the (January 3rd Map)Middle East felt the brunt of this energy. We will probably see more challenges in Pakistan, Afghanistan and India as Mars moves through Sagittarius where it will be from January 3 until February 15, 2020.

The sign of Sagittarius is a fire sign and it rules freedom. Isn’t it time for freedom? Haven’t we been controlled for too long? Isn’t it time to break the control energy and enjoy life? Maybe it is the line-up of planets at this upcoming full moon on January 10, 2020 that will start to break the control we have felt for so long. This line-up happens to be in the sign of Capricorn, which is known as a sign that likes to control things. Mars is in Sagittarius at that time and this puts a different focus on that line-up. Maybe Mars will bring freedom from the control of Saturn which is the planet that rules Capricorn.

On another level we will be moving into the Year of the Metal Rat on January 25, 2020. The Rat is the first sign of the 12 animal cycles in Chinese Astrology and it begins a new 12-year cycle. The Metal Rat is going to bring a strong, prosperous and lucky year. The Metal Rat is very idealistic in thought, vivid in speech and actions. It is intensely emotional.

It sounds like 2020 will be a good year although it is up to us to create our own reality. I am so happy that the war between the light and dark is over as witnessed by the new Star Wars movie. Many movies are based on fact (Hollywood style) and Star Wars is one of them although not many people know there was a real war in our heavens for many years. The ships that are out there now are benevolent and there are many of them.  I think it is time for contact. Watch this video from James’s ranch. The Event – Massive Gamma Wave Impacts Earth Eceti – 31 Ships caught on Video

Have a wonderful new year and blessings to all of you. I am very thankful to all of you who sent me healing. It is appreciated and I am almost well, thank goodness!  We are starting a prosperous year and the more you give, the more you get which means I am open to donations of money to start the ball rolling.  Go to Paypal.com and click on planetalert@hotmail.com