Here we are in April already and today is the New Moon which happened at 1:50 AM PDT April 5, 2019. I love the month of April because it is so beautiful here in Seattle. Today it was pouring down rain and it felt really cozy. April showers bring May flowers. The grass is pretty and green this time of year and the trees are almost in full bloom with their beautiful white and pink blossoms. I am very grateful to be living in such a beautiful city.

Last month on March 16-17 we received a very strong wave of high frequency energy. I really felt that energy because a beam of light hit me in the head on the morning of March 16 when the Schumann Resonance hit 130 Hz. That beam really knocked me out and I am just now recovering from that energy. It caused me to go through a major cleanse on a mental, emotional and physical level. The pollen has been out in full bloom and my allergic reaction turned into a full-blown sinus infection. It has not been fun, although I feel like I was rebirthed on a different level.

Here is a picture of the Schumann Resonance for March 15th through 17th. An explanation of this chart is included at the end of this article.

Schumann Resonance for the 15-17 of March

There was information all over the Internet last month about the Event that would happen on the Spring Equinox. I felt the wave a few days before the Equinox and it was very powerful energy.

It is now time to adjust to that energy as the frequency of Earth continues to rise. There will continue to be more waves of light as we move through this month. The energy of March opened us up to be able to handle the energy of April. I just read an article channeled by Christine Day and it is very interesting. She says that April is the opening of the Dove Energy on Earth. The Dove Energy is set to fully activate on our planet on April 27, 2019. This is the part of the completion prophecy within the Mayan calendar. Those who are ready will than start opening to Christ Consciousness with the opening of their heart chakra. Here is a link to her whole article: A Pleiadian Message: Awakening of the Dove. 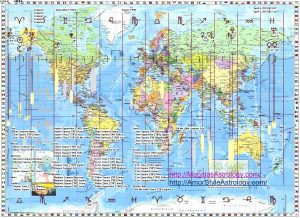 The Sun is now moving through the sign of Aries, which is ruled by Mars. This planet can be violent so please keep your cool. Uranus is activating the area of Israel and Palestine and recently there have been major demonstrations in that area. Now the moon is conjunct Uranus activating that energy. Please send lots of light to that area. We need to create peace, at least within ourselves. Let there be peace in the world and let it begin with me.

We are moving through much chaos, on all levels right now and it is affecting almost everyone. This is because out of the chaos comes a new creation. You can look at the world from a very chaotic point of view or you can look at all of the light waves that are being sent to Earth to change our frequency. This energy is shining light on the dark aspect and bringing up negative things from the past that need to be released. We are building up to a climax on April 13 when the Sun makes a conjunction to Eris, the Goddess of Chaos. On that day this conjunction will be making a perfect 90-degree angle to Pluto, the transformer and the south node, which brings up things from the past that needs to be completed. Capricorn rules governments and that is where Pluto and the south node are located right now, along with Saturn.

I had a dream in August of 2011 that our government would be transformed and a new one of light would be set up. In my dream a bunch of people were asleep and when we woke up everything changed. We have been in the time period of the transformation and now we are in the wake-up energy.

There are many ET visitors that are here right now to watch the conclusion of this great drama. The first time we had open help from our ET friends was in August of 2011. At that time there was a Stellar Explosion in the Handle of the Big Dipper. Astronomers thought it was a small supernova in our solar system although I see it differently. It was our ET friends destroying a dark base belonging to negative entities that had controlled our solar system for eons of time. The big Dipper was there main base in space from which they controlled us. This event was the beginning of our freedom.

The Book of Knowledge – The Keys of Enoch that was published in 1977 talks about the explosion in the handle of the big dipper. The book says “In the end, we as the Family of God will see the opening of the star gates in the Big Dipper and the Pleiades and the coming down of light. During this new era of Light there will be the Judgement of Earth and the release of the sun from its circumpolar spiral. At the end of time we will see the war of the heavens and the coming of the Host of Michael. They will free the planetary intelligences from the influences of the negative entities controlling this planet. This High Command intelligence works with our solar system through the Mid-Way station of Archturus. The Beings from Arcturus opened the lower heavens by breaking the controlling handle of the Big Dipper thereby allowing the lower heavens to move into alignment with the true star pointer of the Pleiades.” That was the first event that happened and there were many more that came later.

The ETs from Arcturus are the guardians of our solar system and they are here to help us get through this chaotic period of time. The next event was the destruction of the machines on the moon that were the transformers for the controlling energy that was sent here from Saturn. Then the good ETs destroyed the underground bases of the negative ETs here on Earth. There were many underground bases held by the negative ones. This controlling power first came from the handle of the Big Dipper, then to Saturn, then to the moon and then to Earth. This is why the planet Saturn was considered the controller of Earth. Here is a video by David Icke that talks about breaking the control from Saturn. It was the Beings from Saturn who created the Matrix around Earth. This video is very interesting: The Saturn Matrix – David Icke. 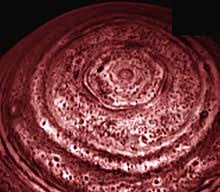 Now the Matrix is starting to break apart. I watched a video last night and thought to myself “It is really happening – we are now becoming totally free.” I thought about the Pentagram or circle that was seen on Saturn when pictures were taken of that planet some time ago. The Pentagram is in the form of a circle.

When I watched this video (The Matrix is now ripping apart…) about the Matrix falling I saw what appeared to me a net that looked like a fisherman’s net that consisted of round Pentagrams connected by a cord. I also saw flashes of Plasma Light cutting through those cords and breaking the Net. The energy from Saturn also controlled the Pentagon in Washington D.C which is the center of the Military control complex in the USA.

We are now free if we start to accept the fact that we are free. We do not have to be under the control of anyone anymore because Saturn no longer controls us. We can now change our outlook on Saturn in Astrology and look at Saturn as the gift-giver. We have learned the lesson of trying to control things in our life. We know that control does not work anymore. It is the time for synchronicity to rule. What we think is what we will create and it will automatically manifest. The sun will conjunct Uranus in Taurus on April 22 and a new era of light and love will start to manifest.

Plasma waves are all around us now and we have a very interesting sky out there if we just look up to see what is going on. People send me pictures of the sky all the time. I have seen many interesting pictures and most of them are very beautiful. The Bible says to look for signs in the sky at the End Times. They are there in abundance. I have mentioned many times recently that we are at the end of the book of Revelation.

The last paragraph before we enter the New Heaven and the New Earth energy talks about how we all have to stop judging before we are ready to enter the new energy. Judging is arguing with people, criticizing people, and complaining. Do you see the word pain in the word complaining? Isn’t it time to stop complaining and change your attitude to one of gratitude! Think of all the things you can be grateful for. I have been working for a long time to change my attitude to one of gratitude. Life is more fun when you are happy.

Easter is coming up on April 21 this year. I always look forward to the energy of Easter because I consider it a happy holiday. It is the celebration of the risen Christ. Now it is our time to accept Christ Consciousness within us. We are great Beings of light and the more light we allow within us, the brighter our world will become. It is now our time to shine.

So Be It! I send you lots of love and blessings!

I can be reached at planetalert@hotmail.com

Schumann Resonance Today 3/17/2019 We will try to keep you updated about the variations of the Resonance with this page. The great variations that nobody can explain but that give us a clear sign that the planet is changing. The Earth is vibration higher and higher, just like us!RS Base Frequency 7.83 Hz.

As we are witnessing, today and the past weeks, several massive activities, it is likely the Solar System is getting well inside the Photon Belt.