We just watched a blue wave of women come to the foreground to help change the energy in the United States government. Our government has been male dominant for a long time and I think we have needed some soft feminine energy in a leadership role. Our election chart had Venus conjunct the moon (female energy) in Libra and both objects were opposing Uranus, the planet of light.

Uranus was also in a perfect square to the north and the south node on zero degrees Leo and Aquarius. The north node is now on 29 degrees Cancer which is the degree of “A daughter of the American Revolution”. That means to me that many women who were connected to the government in the past are back in power. The sun was on 14 degrees Scorpio on Election Day and that degree means “the need to establish new lines of communication.” What a nice way to start the New Year of 2019.

The good news is that Uranus was in a perfect square to the North Node on Election Day, which means women will now start to be heard more than they have been in the past. We are in the age of Women (Virgo) which started on July 11, 1991 when we entered into the sixth sun in the Toltec-Mexico calendar. That was the day there was a total solar eclipse over Mexico City and lots of UFOs appeared in their videos.  The transition period into the sixth sun lasts from July 1991 to 2021. This transition period has been very hard for many people. The Harmonic Convergence in August of 1987 started many people on their journey inside so they could start releasing their past and make way for the new energy.

We are now in the transition period of our old government to our new government which starts in January of 2019. During this two month transition period the energy will still be very chaotic because Uranus has gone back into Aires and will stay there until March of 2019. Uranus will again be doing a dance with Eris. Eris is the planet of chaos. She was first announced by Astronomers on January 5, 2005 right after the Tsunami happened in SE Asia. This is the power of that Asteroid Goddess. She has been activating one disaster right after another and Uranus has been helping her because they have both been in Aries.

Vesta, the very powerful fire goddess was conjunct Pluto on the November New Moon chart. That has brought forth some very powerful fire energy that has been expressed in California. Jupiter has also moved into the fire sign Sagittarius where it will stay for one year.  The first degrees of Sagittarius are expressed in southern California up to about San Francisco. Thus, the fires started when Jupiter moved into Sagittarius and they are very large because Jupiter is a huge planet.

I received an email this morning from a woman on my list that just lost her home in the fire. I have much compassion for those who are losing their homes and some people are losing their lives. Please send light, prayers or whatever you think will help to these people who are going through so many traumas. In fact, I think it would be a good idea to send light all around our beautiful Earth because there are so many Earth changes that are happening all over the world. We could also send light to Mother Earth because she is also going through much trauma. We could tell her we love her and thank her for being our home.

We experienced a solar eclipse on September 13, 2015 which was in the sign of Virgo. This was the beginning of the dark night of the soul for many of us because we entered a very dark period of time. The dark ones from the Astral plane were sent down to Earth to cause havoc for a period of three and a half years which will end in March of 2019.  The war that had been going on in the Astral (4 D) for a long time came to an end and the dark ones fell to Earth to finish the war energy here on Earth.

The dark ones were given total control and we have had to witness this event for three years now. I do see a changing of the guard with the Blue Wave of women who were elected to change the energy of the house to one of balance. That is a start. 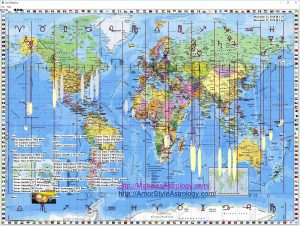 With Jupiter now in Sagittarius we will see many more law suits, arrests, subpoenas, and court hearings. Sagittarius also rules the higher mind, schools, colleges and religion.  The Vatican will probably come to the forefront now because of all their accusations of sexual misconduct. The sun is still in Scorpio right now which rules sexual energy. On November 22 the sun moves into Sagittarius and the energy starts to change. The full moon also happens on November 22 at 9:39 PM PST and the moon will be conjunct Jupiter. This starts the energy of Sagittarius big time and Jupiter will be in that sign for one year.

There are other things that happen this month. Venus goes direct on November 16 and Mercury turns retrograde on that day.  Mercury turns retrograde in Sagittarius and this can bring up things from the past that needs to be settled like old law suits or things on that order.  This could either be personal issues or worldwide issues. Then Mercury goes back into Scorpio again on December 1 and stays there until December 13 when it goes back into Sagittarius. This energy brings much confusion or change of plans so please keep your cool when things do not go as planned, or your electronics go a little crazy.

I think that our president Donald Trump has to look at some issues from his past that he does not want to see. He has entered a very hard period of time with Saturn opposing his Mercury.  This energy will last until mid-December. Trump said he came to power to drain the swamp. What exactly does that mean? I think he has been doing that by bringing up all the corruption that has been going on in the world for a long time, and bringing it to our attention so we can learn from that experience.  We should be grateful that he came in to tear down the structure of the United States government. Someone had to do that and apparently it was his job. The old has to fall before the new can arise. He said he came to make America Great Again. I think this blue wave of women elected to the house are about to ignite that new energy.

I also think Trump had a very hard and unloving childhood and he has been looking for love his whole life.  This is why he became so angry. He has not been experiencing the love he craves to make him feel good so he expresses anger. This has been a good lesson for all of us because it has given us a chance to look at our own anger and release it. In the process it has brought up a lot of chaos. Can you imagine all those angry thoughts flying around everywhere so people can pick them up and then use that anger to hurt people?  No wonder the world has been in so much chaos.

Maybe some of us need to change the anger we feel toward Trump and send him the love he needs. We could also send this love to ourselves so we can also heal. The holiday season is here so let’s enjoy this season by manifesting love and just be who we are, which is Love.  Everything is going to be alright.   So Be It!

I wish everyone in the United States a Happy Thanksgiving.

I am still offering Edgar Cayce Past Life reports along with many other reports through my website. We still have the introductory price on the One Year Subscription which has gotten most of the subscribers over 30 different reports. This subscription also covers a weekly transit report that is a summary of your full transit report so that you can easily see what types of energies are coming your way for the week. If you have always wanted to buy the different reports that you’ve seen online, this is a very affordable way to see how useful they can be.