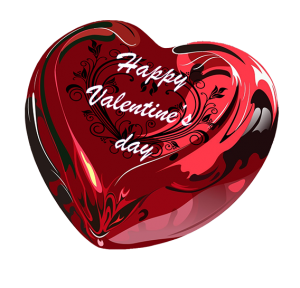 Valentine’s Day is on Wednesday February 14, 2018. I love that holiday and I wish it would be changed to a day of unconditional love. Wouldn’t it be nice to just celebrate the energy of love?  It is a nice time of year to celebrate because we are just coming out of a cold damp winter, at least here in the Pacific Northwest, and are ready for some sunshine and spring weather. Today it is sunny and beautiful although it is still cold.

We will have a partial solar eclipse on February 15 at 1:05 PM PST. Venus, the planet of love is in Pisces along with Neptune and Chiron. Mars is in Sagittarius in a 90 degree angle to Venus and Neptune. The asteroid of great power (Vesta) is conjunct Mars on February 15 and this will activate love energy if you tune into it. Maybe we could make Valentine’s Day last for two days this year. The new Chinese Year of the Dog also starts on February 15/16 depending on where you live. I like the Dog year. I relate it to heart energy.

Pisces is the last sign of the zodiac and it is a very emotional water sign. The Sun will move into that sign on February 18th this year. Because this will be a very emotional month please keep your cool because we don’t need more chaos. Pisces can also bring water events like rain, snow, storms, flooding and Tsunamis.

The Astrological New Year always starts on the spring equinox which is on March 20 at 9:16 AM PDT this year. This is when we move into Aries which is a fire sign ruled by Mars.  From March 20 to April 19 it will be a very fiery violent period of time.  With Uranus and Eris still conjunct in Aries a lot of chaos will still be happening. Now is the time to watch your anger so it does not get out of control.

Mars is in Sagittarius (fire) right now where it will stay until March 17. This will cause a lot of energy toward arguments, disagreements, legal events, issues concerning judges and the judicial system. Because the last lunar eclipse was on top of Trump’s Pluto and this energy rules birth, death and transformation, this will bring him a lot of energy for transforming things. This energy will also affect the United States because he is our leader.

With Mars in Sagittarius it will be opposing Trump’s Uranus, North node, and his Sun. When planets are opposing your planets, they can bring a lot of challenges into your life. Pluto was over New York City when the Stock Market crashed last week. The Stock Market is located in that city and so is the headquarters of the United Nations. Because Pluto is over that area it looks like there will be more challenges in that city. We are in the time period where our financial system may be affected again.

The huge planet Jupiter is in Scorpio right now, which is ruled by Pluto. There is a polarity in effect right now between Taurus and Scorpio. Taurus rules money so that is also affected by Jupiter in Scorpio. That sign also rules sexual issues and as soon as Jupiter went into Scorpio the sexual abuse issues surfaced. Jupiter will be in Scorpio until November 7, 2018. Jupiter also rules the Republican Party and Saturn rules the Democrats, at least in the United States. It appears to me that we have a war going on between the Republicans and the Democrats. That war has been going on for a long time. Do you think they will ever be able to work together in harmony?

Jupiter is also affecting the Middle East and causing a lot of violence in that area. I hear Syria is at it again because they shot down a plane from Russia and a plane from Israel. Now Turkey is also in that war. They have been shooting at Syria for a while and it looks like things are getting a little hot in that area. Scorpio is also affecting the West Coast and it has caused a lot of rain in our area.

The eclipses have been in the Leo/Aquarius signs of the zodiac. They started in the sign of Leo last February 11, 2017 and they will end on January 21, 2019 on 0 degrees Leo. That eclipse will be a total lunar eclipse.  Eclipses are very important in Astrology. The sign Leo rules the heart, back and the ego. Aquarius rules the legs.

Has anyone had heart or back trouble in the past year or so? Did you think you were having a heart attack when your heart started beating really fast, or did you actually have a heart attack? We are in a time period of opening our hearts. Some people have a hard time opening their hearts and others do not. Or did the energy manifest in back problems? Aquarius rules the legs. Have you had any problems with your legs?

Uranus in Aries has been a very large challenge. Aries rules the head and everything in it like the eyes, brain, ears, and sinus problems.  That has been a seven-year cycle and I have really experienced it in my brain and have had blurry eyes. I will be so glad when Uranus moves into Taurus in May because that sign is ruled by Venus. Taurus also rules the neck and throat.

In our journey through the ascension process we are now experiencing the energy of the last paragraph in the 20th chapter of Revelation. We are at the part where we are being judged. Revelation was written a long time ago and it says that God will judge us. Well, it is the God within us that does the judging and we are very good at judging ourselves and other people.

I have watched a lot of judging in the world, especially since Trump became president. The Republicans judge the Democrats, and the Democrats judge the Republicans. People criticize each other about everything. There is a lot of anger, fear, and criticism in the world right now. Jesus says “Judge not, lest you be judged”. Maybe it is time we looked at who we are criticizing or judging and send them love instead. Then we can start manifesting the energy of the 21st chapter of Revelation where we start experiencing the energy of the New Heaven and the New Earth.

Forget about fear. That is old energy. Move into the new energy where everything is beautiful. The old is just a hologram anyway, and it is time for a new hologram. We can all create this new hologram together on a totally new earth. I hope you all have a wonderful Valentine’s Day filled with love and happiness. Enjoy life; laugh a lot, see the beauty in everything, and enjoy the Olympics.      So Be It.

I will still be doing my articles in printed form. I thought it would be fun to also do videos so my son is helping me with the videos. I enjoy doing them and they will get better as time goes on. If you haven’t seen my new video it is on my blog at www.mahalasastrology.com

Past Life readings are still available for a $30 donation. If you are interested in something like that just click on the menu item that says Edgar Cayce Past life readings on the front page of my blog www.mahalasastrology.com Lots of love and blessings to everyone!