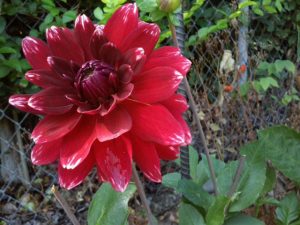 Fall is here and it is beautiful where I live. I love the fall season with all the colored leaves and the warm days and cool nights. We will soon have the Harvest Full Moon on October 5, 2017 at 11.40 AM PDT.  This day will also be the first day of the Harvest Festival called Sukkoth in the Jewish calendar. This is considered a very happy festival. Jupiter will still be opposing Uranus on that day and that can bring a very happy energy if we think with our heart. Enjoy this fall season or spring if you live on the other side of the world.

This full moon could also bring more chaos because Saturn will be in an exact square to the dwarf planet Eris, the Goddess of chaos.  Eris was named after an ancient Greek Warrior goddess. Eris was originally named Zena when she was first discovered although when the Astronomers announced they had found a new Dwarf Planet they called her Eris. The degree she is on now means “Openness to the influx of spiritual energies”.

I went to see the movie Wonder Woman last week and found it very interesting. In the movie she was a very powerful Greek warrior goddess called Diana. In the Bible they talk about the 12 tribes of Israel although hardly anyone mentions that there was a 13th tribe called Diana, which was a woman’s tribe. There is a lot of truth in mythology and I think this movie was based on history in Hollywood fashion. Did you know that there used to be a colony of Amazon women who were great warriors in ancient times? I think it is very interesting that a movie called Wonder Woman would become so popular in this time period. We are definitely in the Age of the Goddess, which is of course the love energy within all of us.

This dwarf planet Eris has a very interesting history. Its first effect was felt on December 26, 2004 when there was the Tsunami in Sumatra. The discovery of that planet was announced on January 5, 2005. There have been a lot of earth changes since it was discovered. When it was first discovered the Astronomers considered it the 10th planet in our solar system and it was red in color with one moon. When it was first discovered they thought it was larger than Pluto but after more measurements they discovered she was not quite as large as Pluto.  These two dwarf planets work together. Eris causes chaos and Pluto rules transformation.

Eris was on 19.48 degrees Aries when she was first announced in January of 2005. Astrologers say this is the degree where our Sun is exalted. This means Eris/Zena came in with a lot of power, and being she is a Warrior Goddess she has caused a lot of stress since she was announced almost 13 years ago. I believe she has been the main planet triggering lots and lots of Earth changes since December of 2004. The Earth needs to be cleansed and Eris is here to trigger the energy for that to happen.

At this full moon Eris will be making an exact square to Saturn and Uranus. On October 15 our Sun will be in an exact opposition to Eris, which is still in Aries on 23 degrees and Uranus will be on 27 degrees Aries. What will happen during this full moon period of October 5th through October 15th? It does sound like it will be a very interesting time period with a lot of changes happening. Uranus is the planet of light. Jupiter is opposing Uranus right now. This full moon period will bring in a lot of light. This light will be used to uncover more corruption in the world? Negative things from the past are being brought into the light for everyone to see all over the world? This is waking up lots of people and they are wondering why all the chaos.

The sun is moving through the sign of Libra right now which rules wind, which means more storms are coming. This full moon is on the degree of the Blue Eagle and is guided by abundance and the planet Jupiter. The Blue Eagle is a member of the one global family, a planetary server and a transformer. The Blue Eagle asks you to join in lifting the collective mind. We are in the Dreamspell moon of service until October 17, 2017. The planet Pluto just went direct on September 28 and this means there will be transformation on a large scale.

Saturn has been moving through the sign of Sagittarius which rules teachers, law, courts of law and legal issues to name a few things. Sagittarius is a fire sign and that is why there were so many fires this summer. Saturn is in Sagittarius and Uranus is in Aries and when Mars was moving through Leo there was a fire trine in the heavens. Uranus rules wind and storms and Neptune is in Pisces which rules water or the oceans. This means that we had a major summer of fire and water events. Sagittarius also rules freedom from oppression and look at all the demonstrations there have been in the United States and other countries this year.

Saturn will be moving into its own sign of Capricorn on December 19, 2017.  Capricorn rules governments and structures and rules and regulations. Saturn is also a planet of structure. When Saturn moved into Sagittarius it helped Pluto take down a lot of structures like the houses and buildings that were lost by fire, earthquakes, wind and water. With Saturn and Pluto both moving through Capricorn there will be a lot of changes.

Saturn rules the old and Pluto rules transformation into something new. In fact I think we will be in a whole new area or frequency very soon, at least those who have worked so hard on transforming themselves. The light will get lighter and the dark will get darker and then the time-line split will occur and those who think with their heart will be in a whole different world. Those who wish to stay in the old world may do so.

We are in the time of great change and there are a lot of people who have opened their hearts and helped their neighbors during these great Earth changes. Your heart is the source of the great power within you. With the North node moving through the sign of Leo (rules heart) for another year or so there will be a lot more people waking up to who they are and what is going on in the world. Uranus moving through Aries (rules head) has changed the brains and thinking of many people for the past 6 ½ years.

Uranus is the great wake-up planet and on January 2, 2018 it moves out of retrograde into direct motion. In May of 2018 Uranus moves into the sign of Taurus where it will stay for 7 years. Taurus rules money and the Earth. Venus is the ruler of Taurus and Aries is ruled by Mars. We have had an interaction between Uranus and Mars for the past 6 ½ years which has caused a lot of violence on planet Earth. In May of 2018 we will start having an interaction between Uranus and Venus, the goddess of love or the beginning of the Era of Peace.

Edgar Cayce Past Life Charts are still available for a $30 donation. They are very interesting and they tell you the characteristics that you brought with you into this life-time and your potential in this life. If you are interested in having a past life chart done just click the menu item on my web site that says Past Life Charts. www.mahalasastrology.com