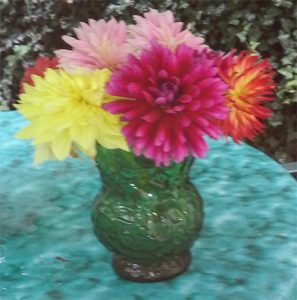 Here we are at the new moon of Virgo and at the cusp of the Fall Equinox. The new moon is on September 19, 2017 at 10:30 PM PDT. The Sun will be on 27 degrees Virgo and this degree means “A group of Aristocratic Ladies meet ceremonially at the courts function”. This sounds to me like there are a lot of woman who are ready to take on the responsibility of joining groups of woman whose intention is to bring in the new energy, or the Goddess energy of love. The Mayan glyph for that day is the Blue Storm and that is ruled by Pluto, the transformer. This means there will be more storms and stormy weather. The Blue Storm also rules magic.

The Fall Equinox is on September 22, 2017 at 1:02 PM PDT. The meaning of this degree is “A butterfly displays the beauty of its wings”.  It’s time to fly. The Fall Equinox always lines up with the great central sun that holds 27 galaxies in place along with the Milky Way Galaxy. According to the Mayans it also lines up with Orkney Island that is just above Scotland. That energy also hits Stonehenge because scientists have measured the energy that comes in at that time and the frequency is very high. England, France, and Scotland are where the Holy family went to live out their lives after they were persecuted in the Middle East. The Mayan Glyph for that day is the White Wind and rules the power of the heart.

The Total Solar Eclipse on August 21 set up a whole series of events to happen in the United States, along with the rest of the world. Because the umbra of the Eclipse crossed the whole United States we have had several events like the storm Harvey, and the Hurricane Irma and it looks like more are on the way. In my last article I wrote about the Mermaid coming out of the waves of the ocean. Neptune rules the oceans and that planet has been dominant for the past couple of months.

Houston and Florida had water events and the West Coast has had the fires, which have been very bad. The smoke from the Jolly Mountain fire has come my way at various times and it has not been fun. We had to close all of our windows so the smoke could not come into our house. This happened several times. In August and September there were major earth changes all over the world. Mexico had an 8.1 earthquake, and India and SE Asia had major flooding along with other parts of the world. The whole world has been experiencing major earth changes for years. They started on December 26, 2004 with the Tsunami in Sumatra.

Zecharia Sitchin said in his book called “The 12th  Planet” that when Nibiru comes in it would be behind the sun so we could not see it until it was here and it would cause a lot of flooding in the southern part of the world as it started coming in. There has been major flooding in the southern part of the world since the Tsunami in Sumatera happened. The flooding now covers the whole world. Could this planet be affecting the core of the Earth and causing it to spin faster?  Is it possible that this planet has been affecting the Earth for the past 13 years?

The magnetic poles of Earth started moving faster in 1998. Today they are moving very fast and are almost where they were predicted to be by Edgar Cayce. Is this what he meant when he said there would be a pole shift around the turn of the century? The Earth literally moved with the Tsunami in Sumatera in 2004, and again with a large earthquake in Brazil, and then again with the Tsunami in Japan. Actually the Earth has moved several times since then, usually with large earthquakes. We have been in a magnetic pole shift for a long time now and the sun rises and sets in new places.

It says in the Bible in Luke chapter 21 “There will be signs in the sun, moon, and stars. On the Earth nations will be in anguish and perplexity at the roaring and tossing of the sea. Men will faint from terror, apprehensive of what is coming on the world, for the heavenly bodies will be shaken”. This will be at the time of the end and it looks to me like we have reached that time period. We are also in the beginning of a new age which will be one of peace and love. I know it is very chaotic out there right now because it is always darkest before the dawn.

There have been several signs in the heavens recently like the 4 blood moons that happened in 2014 and 2015, and the total solar eclipse over Jer (USA) lem on August 21, 2017. There was an X 9.3 solar flare in September along with a few more X flares. Then there will be the Sign of the Woman giving birth on September 23, 2017.  We are in the birthing process right now. I don’t know if anything special will happen on that day although many people think this is the sign of the end. I think it would be a good idea to ground that feminine energy into the Earth.

Years ago I had a vision of the sky lighting up with what looked like fireworks and it was beautiful. In my dream that was the sign of the end. Only time will tell if that happens. I just received an email about a man-made sign in the sky of Wonder Woman. Isn’t that interesting? Here is the link.

The 24th chapter of Matthew, in the Bible, describes very well what will happen at the end of this age and it looks to me like we are there. In verse 29 it says “The sun will be darkened and the moon will not give its light, the stars will fall from the sky, and the heavenly bodies will be shaken”. Could there be some kind of meteor show? Is that what causes the sky to light up?

The waves of the ocean have also been acting very weird. Water has been pulled out of the beach and then it seems to disappear like what happened in Brazil a while back and what happened during the storm Irma. Watch what happens as Jose comes ashore, if it does. It is projected to hit the upper East Coast in a couple of days.  Then there is Maria and Lee behind Jose. Maria is headed for Puerto Rica at this time and expected to reach a level four storm. The oceans are roaring and tossing.

The Blue Storm Glyph at this New Moon pertains to more storms coming in. Mercury is conjunct Mars and this combination causes wind or storms, and those planets are in opposition to Neptune, which rules the oceans.  Pluto, the transformer, goes direct on September 28, 2017. When a planet is retrograde it appears to stand still and stir up everything. When it goes direct events start to happen faster. Uranus (the planet of change) goes direct on January 2, 2018. It has been in the sign of Aries since January of 2011 and that sign is ruled by Mars, which has activated a lot of violence. In May of 2018 Uranus moves into Taurus which is ruled by Venus.

I believe we will complete jumping this 4D time-line before the end of this year. Maybe we will just wake up one day and the darkness will be gone. Once we are on the time-line of 5D the controllers will be gone because we will be on a higher dimension Earth where the controller’s no longer exist. We will have moved out of their territory. Love has won.  So Be It.    Love to all you beautiful Beings of Light.     Mahala Gayle