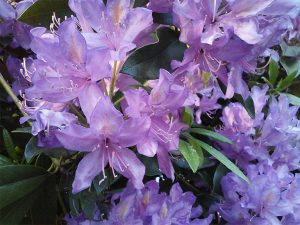 We just had the summer solstice a couple of days ago and the sun is now moving through the sign of Cancer. This sign rules the home, family, food and emotions. Usually Cancer people like to eat, and part of the reason is because it makes them feel good. Food can be very comforting at certain times. Mars is also going through the sign of Cancer and at the new moon of June 23 Mars was exactly on top of the birth Sun of the United States, which is 13 degrees Cancer. It also made a square aspect to the planet Jupiter on 13 degrees Libra. This energy will definitely affect Washington D.C. and the surrounding area, and this energy will continue until the full moon of July.

The energy of Mars square Jupiter affects finances, business, and legal affairs. This energy causes people to become involved in legal battles and caution should be used in dealing with foreign countries. Jupiter rules the sign of Sagittarius and that sign rules foreign countries, judges, and legal affairs. Mars will also conjunct Mercury on June 29, 2017, and will then oppose Pluto. This is a very strong aspect and means there is the possibility of a large storm coming into the East coast, which includes the southern SE states. Chances are that China will also have storms around that time period.

The Mars/Pluto/Mercury energy could also work out on the level of arguments, accidents or violence. Right now the Health Care Bill is coming up for a vote next week. In fact, I think it will be on June 29th.  Mercury will give its power to Mars who will then oppose the dark lord Pluto. This is a very controversial bill. Instead of robbing the rich to pay the poor, this bill will rob the poor to pay the rich. That is one of the reasons this bill is so controversial. There will be a big tax cut for the rich, and the loss of health care for 24 million poor and disabled people because Medicaid will basically be eliminated.

The meaning of 13 degrees Cancer, where Mars is located at this new moon is “The power of will in shaping events.” The basic meaning of this degree is that individuality can only express itself through a strong will which is required to face the issues at stake. We have been a very strong nation and we will come through this challenge as we transform into a new society.

The meaning of 13 degrees Libra, where Jupiter is now located, means that this is a good time to have sacred ceremonies and other events that affect the whole of society. This could be referring to the many people who are demonstrating against the signing of the Health Care Bill.

On a positive level it could refer to the high frequency energy we have been experiencing during this time period. It is a good time to focus on raising your own frequency so you don’t have to experience the negative affect of this energy. It is transformation time into a higher frequency for those who are ready.

Mars will exactly oppose Pluto, the transformer, on July 2, 2017. Pluto is on 18 degrees Capricorn. This degree means that protection is afforded to individuals and groups by powerful institutions in charge of maintaining order. This degree reflects conditions from the past surfacing to be transformed into something new. Power is required to maintain social order.

The birth of this great nation called The United States of America was on July 4, 1776. Washington D.C. lines up with the great sun called Sirius. Beings from this Star have been watching over us for a long time, and they helped form our government.  The United States birth chart was exactly in alignment with that star when we were created. We were meant to be free and a great light for the rest of the world. Then the ones who wanted to control the world came to power behind the scene and those power issues are what we are looking at right now. We have to go through this process of learning about all of the control and corruption that has come to the foreground recently and we have had to face and release our own darkness. It may take a while longer to go through this process before we can be free.

The United States is not the only country that is facing challenges right now. There are many countries in chaos. We, as a united world have created this chaos for everyone to go through. After we finish looking at this chaos and come to an understanding that we do not have to experience this negativity anymore, then will come the great awakening. Hang in there because out of this chaos will come a new creation, or a splitting of the time-lines from 3/4 Density to 5/6 Density and we will finally live on a higher frequency Earth where love and peace exist.

The way to the new world is through your heart. Your sacred heart is your magnetic center. It is the source of higher intelligence and your life force. Your heart contains a great and powerful magnet. You are love and once you learn to connect to your loving heart you will be able to create anything you choose to have. Our heart magnet is what draws things to us and through this heart center we can manifest love, and that is the greatest force there is in this Universe. This is why Jesus said to look within because that is where you will find God. Learn to think with your heart.

My son is still doing past life charts for those who are interested in knowing what might have been going on in their past lives. If you are interested in having a chart done for you please click on the button on the front page of my blog that says Edgar Cayce Past Life Readings. Dave does these charts for a donation of $30 dollars and shares the money with me. He also does wonderful Tarot Card Readings. Dave’s email address is AmorStyleYoga@hotmail.com. My blog is www.mahalasastrology.com