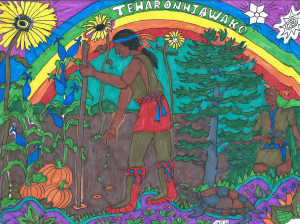 The Lion’s Gate begins always on the Galactic New Year 26th July and this year it will be in Red Self-Existing Moon. The Lion’s Gate marks the rising of the Star Sirius which to many cultures around the world was a special time. It occurred when the Nile flooded in Egypt bringing fertility for the crops to grow.

The New Moon is on the 28th July and this is the chart I will focus on today and there are some truly electrifying events approaching.

The New Moon is at 5 Leo 38’ which in the Gene Keys is codon 31 which has the Shadow of Arrogance, the Gift of Leadership and the Siddhi of Humility. Arrogance arises from a place of not being connected to Source, the feeling that somehow, we are doing things all on our own and overcoming nature – rather than the other way round that we are part of nature’s evolution. 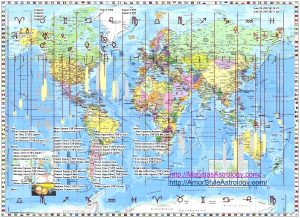 This Moon cycle indicates shifts in our leadership abilities – taking back power that was once given away, realizing that when we are connected to Source we act from the purest intentions with humility. This connection gives us courage we maybe could not find alone to stand up for ourselves, to persevere in the face of challenges.

Mercury is in Gene Key 7 which is also about leadership with its Shadow of Division, Gift of Guidance and Siddhi of Virtue and in Human Design this forms a powerful Alpha channel with the 31. Even if this is not an active channel in our own profile it is activated for this Moon cycle. Intelligent leadership looks to support the whole, nurturing the eco system for generations to come. We are now transcending at ever greater levels the cultural idea that we have to squabble over resources, because the Earth is actually superabundant. What we need is to take the power we have give to those in power back through believing in our own ability and worthiness to lead ourselves first and foremost and then our communities.

Also supporting this theme of Leadership is Pallas Athena in Gemini in Gene Key 16 which is the field of Mastery. I love this energy because it really helps me persevere when I feel I am not getting anywhere. Venus is in close conjunction with Sirius at 12 Cancer holding the 6th Dimensional Forms of pure light. Usually, these forms become distorted through the Mental and Astral bodies but when we hit these higher key notes in frequency, we can embody them in purer and purer states. This is in Gene Key 39 with the highest frequency of Liberation. This is the USA’s Sun placement and so I wonder how this will unfold?

The New Moon is in an exact quincunx with Vesta the Priestess archetype at 5 degrees Pisces, suggesting that her powers of intention and focus are an important energy in successful leadership in the month ahead. When we live in a conversation, a reciprocal prayer of co-creation with the Source this is the way to success – and if you want to be in this Priestess field regularly come and join my Venus Moon Inner Sanctuary platform! Vesta is currently in Gene Key 55 with its Shadow of Victimisation and Gift of Freedom.

Let’s shine a light now on Juno, wife of Jupiter who ruled great cities from Mount Olympus. Here is a female archetype that represents leadership power and her special bird is the Peacock with its magnificent plumage. One did a spinning dance for me recently on an old castle wall in Wales and it was absolutely astounding! Juno is in a conjunction with Astraea Goddess of new the Golden Age and Neptune and all three bodies are moving retrograde so they are digging over old ground. The presence of Neptune is increasing the sensitivity and awareness of both these archetypes in watery Pisces. Juno is at 21 Pisces 28’ in Gene Key 22.5 which contains the Divine Feminine transmission in our DNA.

A Trans-Neptunian Object who has really caught my eye recently is also in Gene Key 22 is Teheronhia:wako 88611. He is an Iraquois god of agriculture who appears as one of the twin sons of Otsi:tsia which means Mature Flowers. Otsi:tsia was pushed from the Sky realm by her husband for his jealousy triggered by untrue gossip in the Iraquois Creation Myth. These feelings of jealousy and envy and how to overcome them are at the heart of this still unfolding story for humanity His twin Sawiskera was the dark brother and is named for the moon of Teheron’haiwako. This body has an orbit of 292.71 years so it will be in this position for some time. See the attached image I have colored from Astrologer Kelley Hunters coloring book, which is a wonderful way to spend time with these bodies.

I feel that Teheron:haiwako is calling our attention to the Plant Kingdoms – our foundation of life and food. As the world heats up there will be increasing pressure on all biological life forms and Ra Uru Hu the founder of Human Design predicted some 20 years ago the mutation of Homo Sapiens will be triggered by this increased heat. There’s nothing we can do to stop it but we can plan for its most devastating effects through the preservation of seed, eco systems and animals. I really encourage you to look at what you can do in this department – for example supporting seed banks, growing food yourself and reclaiming urban spaces for agriculture – all without poisons. The effects of agricultural poisons on food may seemingly have made agriculture easier, but they have had devastating effects on the physical body, environment and the eco-system so even a commitment to buying organic and from local growers starts to reverse that. This is an area where leadership can begin with ourselves and our families.

The recent heat wave that hit Britain was very profound, and I grew up in South Africa and have not experienced heat in that way. I happened to have ordered some Solaris Australian Bush Flower essence as my lips got blistered in a pilgrimage the week before, and it was a godsend because I could feel the subtle way it was supporting my body as the pressure increased. We actually stayed inside for 3 days with the windows closed which felt totally counter intuitive but it was the only way to stay a bit cool – Britain is not set up for heat! I went out in the evening watering the plants which were really withering and you did get a sense of how vegetation could die so easily in unexpected extremes.

Yesterday I saw how in Somalia the crops have failed for the 4th year running because of increased heat and my heart went out to them. People in hot countries and especially poorer people will bear the brunt of what is to come and my prayer is that we will as humanity come up with creative solutions and a sharing attitude to stretch out the hand of friendship (as opposed to clamping down on immigration). Rather than spending billions keeping people out of wealthy countries, could that money be spent on innovative solutions to support agriculture globally?

Finally, I will finish by saying that the retrograde story is getting pretty spectacular. Jupiter turns retrograde at the New Moon joining Pluto in Capricorn, Saturn in Aquarius, Neptune in Pisces and Chiron in Aries who turned retrograde this week too. Uranus will turn retrograde on the 24th August and this intense period of cleansing will continue until 8th October when Pluto goes direct.

Saturn will turn direct 22 October 2022 the same day as the first Venus Sun conjunction in Libra beginning a whole new cycle as we move out of the Scorpio energies. This will mark as shift to a lighter energy and willingness to work together. What’s more Chiron will turn direct on the 22 December 2022 the same day as Venus rises as Evening Star and then as if that wasn’t enough of the 22’s Uranus turns direct 22 January 2023 with some stunning conjunctions in play including an exact Venus Saturn conjunction.

If you are fascinated by Venus and what she is unfolding and would like to follow her passage please come and join my Venus Moon Inner Sanctuary. We are entering a very special time in history and this is an opportunity to be a co-creative part of that unfolding process. I offer weekly classes exploring what’s happening in the heavens and what it means with explorations of the Goddess Asteroids and Trans-Neptunian Objects. Be part of the living transmission and the veiled mysteries as they are revealed. Other astrologers are welcome to join and it is always synthesized with Gene Keys and Human Design too.

To join visit www.soultribeonline.com sign up and join the Venus Moon Inner Sanctuary – the subscription is $55 a month giving you access to some wonderful teachers/facilitators and a welcoming community.

I offer one to one Goddess Asteroid readings so I invite you to email me at astroalison@gmail.com if you resonate with my work. Also, if have any questions about the Venus Moon Sanctuary please do get in touch.

If you are interested in the Iroquois Creation Story I highly recommend this book The Rotinonshonni: A Traditional Iroquoian History through the Eyes of Teheronhia:wako and Sawiskera by Brian Rice