Welcome to 2022, which is a number six year with three twos in it. There is much difference between 2021 and 2022. Five was the number of 2021 which brought change, chaos, and much activity, which I think fit the year 2021 very well. We were also in the year of the Ox which has similar energy as the sign Capricorn which rules governments, rulers, and money. The moto for the Ox year is “no work-no pay”. 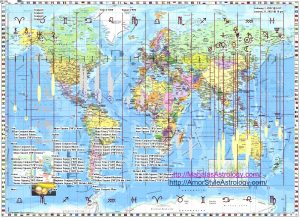 On February 1, 2022 we enter into the year of the Water Tiger. The Water Tiger is much softer than the other tigers and it is associated with the sign of Aquarius. Saturn is in Aquarius so this will bring up things from the past that needs to be changed. This will be the year to let go of the old and bring in the new energy. This will also be a very explosive year and it usually begins with a bang and ends with a whimper. It will be a large bold year and nothing will be done on a small, timid scale. Everything both good and bad will be carried to extremes.

The sign of Aquarius also rules computers and high technically so we will see an explosion of events in that area. Because Saturn rules governments and it is in a square aspect to Uranus there may be changes to governments and these changes may be unexpected and fast. Uranus is in Taurus and that sign rules money so there may be new changes to our money system. This may be the time when our financial system goes digital and we may start using crypto currencies more. This could bring in the computer currencies and the Mark of the Beast, where you cannot buy or sell unless you have the Mark of the Beast. This could also refer to the vaccination. We have been closed in for two years now because of the Covid illness and it seems like it may soon be time for freedom because of the Saturn-Uranus square for the better part of this year.

One Hopi prophecy says “when you see the Blue Star in the Heavens (comet Leonard?)” and people take off their masks” then we are at the time of the end. We are close. We are also experiencing the time in the Bible where it says that “two will be in the field and one will be taken, and one will be left.” It sounds to me like we are going through that process right now and have been for the last two years.

The North Node has moved into Taurus and is at 29 degrees right now. The Node moves backwards and it is conjunct Alcyone right now, which is the central sun of the Pleaides system. That sounds like an important event to me. It takes the Earth 26,000 years to move around Alcyone and we are just completing that event. The Mayans looked to the Pleiades for their information and the book I have says we finish that cycle in December of 2021. We are there.

The north node stays in one sign for one and a half years. This means there will be much action with the money system because the north node is in Taurus. This time period may be when we end up switching to the Crypto Currencies because Saturn is in Aquarius (technology) square Uranus in Taurus (money) the first part of this year.

Pluto and Venus are doing a dance in the heavens right now in the sign of Capricorn. Venus rules love and money and Pluto rules transformation. During this time period there is a need to regenerate attitudes regarding close personal relationships. If this conjunction receives stress aspects from other transiting planets, jealousy and unfair manipulations are especially to be avoided. This could also refer to governments, so watch out for manipulation of money in governments, or people trying to manipulation the government. 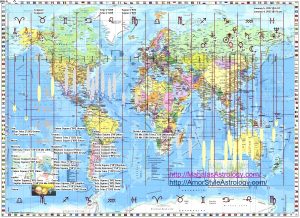 Now, how are the planets affecting Mother Earth? First of all; Mars is in the fire sign Sagittarius and is in opposition to the area of Bolder Colorado and they have had fires burning in their area for quite a while now. Mars will be in Sagittarius until January 25 and then it will move into Capricorn. Before it moves into Capricorn it will move over the plains area and probably stir up some tornados or earthquakes. Then Mars will move to the east coast and on February 11, 12, and 13 it will be over Washington D. C. to cause trouble in that area. The sun is on 13 degrees Capricorn right now and the January 6, 2021 revolution is coming up this week to be relooked at and it is snowing in that area. Venus is also in Capricorn all month so money issues will also come to the forefront in governments.

Mercury is in Aquarius right now and will stay there almost the whole month. Mercury turns retrograde on January 14 until February 5. Mercury is the planet that rules our minds and in Aquarius we could see some new rules or bills come out of Congress. Saturn is in Aquarius and in a square to Uranus. Because Saturn is a fixed planet and Uranus is the planet of unexpected events who knows what will happen. Saturn is affecting Japan, Taiwan and that part of the world. There has been discontent between China and Taiwan for a long time. There is also trouble brewing in the Ukraine with troops on their border. That is on the other side of the world.

Uranus in Taurus affects the West Coast of America and it sure brought in much snow to the city of Seattle, where I live. We had around 8 inches at my house and it stayed for the holiday season so we had a White Christmas. It just started to melt today when the warmer temperatures started to come in. I am glad because there are so many hills in Seattle that it is hard to navigate some streets when they are covered with snow. It was beautiful here with the white snow everywhere. Uranus also rules wind and storms. The sun was in Taurus opposing Uranus in Scorpio when Mt Saint Helens erupted. What an event that was. That mountain erupted on May 18, 1980.

Jupiter is in Pisces, which is a water sign and rules the oceans. Jupiter will be in Pisces until May 11th (retrogrades back on Oct 28th and fully leaves Dec 20th). The sign of Pisces affects the area of the Kamchatka peninsula and Alaska, and the lower Islands off Australia and the oceans in that area. Jupiter is also a very large planet and causes large earth events. Neptune is also in Pisces so we have two planets in that sign. Pisces also rules emotions so watch these emotions start to run wild on earth in February and March. This energy from the Jupiter/Neptune conjunction also increases spiritual awareness manifesting in expressions of joy and generosity of spirit.

Let’s manifest the end of the Covid virus and see health and freedom rule on earth. We can do it!

We are now in the new energy and let’s start manifesting the joy that will be produced be the conjunction of Jupiter and Neptune in Pisces. Neptune also rules deception so be aware of that energy too. Manifest love and “Think with your Heart.” If everyone did that what a wonderful world we would live in. So Be It!

I send you love and joy!

I can be reached at planetalert@hotmail.com or on my web site at www.mahalaastrology.com

Donations are always welcome and appreciated. Go into paypal.com and look for planetalert@hotmail.com

Love to all of you and enjoy life!