This year Wesak is a very important event because our Sun will be lined up with Alcyone, the central sun of the Pleiades Star system. Our Earth is the eighth star in the Pleiades star system and it takes our Earth 26,000 years to go around the sun Alcyone. Saturday, May 18 will be the end of a 26,000-year cycle and we then enter the golden age of 5D energy. This will be the age of love and Unity Consciousness. 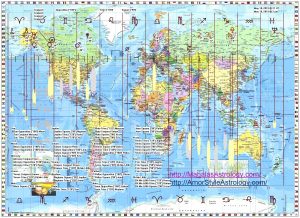 Vesta (great power) will be conjunct Eris (goddess of chaos) on this full moon and that aspect will make a perfect square to Pluto, Saturn, and the South Node. It looks like there will still be more things coming up from the past that needs to be looked at and released for those who are still stuck in the energy of fear. This energy will also affect our government in the USA because Saturn, Pluto and the South Node are all in Capricorn. The South Node is on the degree of the fulfillment of the individual’s creative function through their participation in a group performance of a transcendent realization of unity. This full moon looks like it will be a wonderful time to meditate and join with other people who are also meditating to bring in Unity Consciousness.

This past New Moon on May 4, 2019 was the opening of the doorway to Dove energy which is the energy of love. In the book called “The Book of Knowledge-The 64 Keys of Enoch” there is a picture that shows where the Dove ships will land at the time of the end. That picture is on page 315 in the Book of Knowledge. There are 12 places where these ships will land or be seen by people. There are also 12-star systems connected to the Andromeda council and they have 12 huge ships, one from each star system. The “Galactic Confederation” is part of this Council. One of these landing sites is Vancouver Island which is just north of Seattle.

I woke up at 4:00 AM last Wednesday, Thursday and Friday mornings with a very bright light shining through my bedroom window. I got up to see what was going on and there was this huge round white light in the sky outside my bedroom window. I watched as little lights came off this ship and flew around the sky. On Friday morning there were arcs of light around this ship as they put on a really nice light show. It was very beautiful. I think it was one of the large Galactic ships from Arcturus, which is connected to the Andromeda Council, because I was on a small ship from Arcturus in January of 1994. The Arcturians decided to help us in August of 2011 when they took out the dark base that was the control center of the dark ones located in the handle of the Big Dipper. The Arcturus ships are still helping us. They are the guardians of our solar system.

On Friday May 10 at 9:11 pm a dual time-line shift occurred in the Etheric space surrounding Planet Earth. These shifts are intelligently orchestrated and are a literal switch-off of the Universe and back on again. The purpose of this shift was to merge all artificial timelines back to the one true New-Earth Time-line. I have been waiting for the Universe to blink on and off again for many years. It finally happened. This information is from a posting on Facebook called “The Event – The Return of the Lemurians!”

I received an email in 2010 about the 13th gate and the Aqua ray. The 13th Gate Bio-Circulatory system has been connected and is being held down by a very small group of embodied Cosmic Ascended Masters that can hold one or more of the Aqua Ray/Blue Ray levels of coding. This 13th gate opening was to connect into the Andromeda Core to access the star body of the original body of Mother Earth. This was an inner core alignment to the inner core of the Mother Earths body in Andromeda, of which the ultraviolet liquid plasma field is generated from the crystal in the Aqualine Sun through the Andromeda core.

The guardians are calling this aspect of Mother Aquamarine Ray energy, a magnetic force powering up in our Earth Core. This is similar to the understanding that we have poked a hole in the mind-controlled frequency fence NET and reconnected our handshake hub to reconnect with the Mother Arc, the Aqua Ray, and the Aqualine Sun through the Andromeda Core. Now Mother Earth can heal herself to its Original Divine Blueprint.

Through our Beloved Mother Arc we are now able to access the Aurora fields, the Aqualine Sun, as well as the plasma rays of the Seven Sacred Suns, which are the Krystal Liquid Luminal light. When the Mother Arc 13th Gateway was ignited in the Earth core, the inner gates which connect to Andromeda were opened through the Crystal Core of the Earth. The protectors of the Crystal Core are of these Krystic races called Aquaferions or Aquari lines. This activation happened way back in 2010.

The predominant Andromeda Star Gate is located in the Aegean Sea area, between Greece and Turkey. This gate was reactivated and aligned with the New Earth grids in 2013 to provide the Andromeda Key or light Codes to Earth. As these light codes are received on the Earth and integrated into the Higher Consciousness, they will assist us in the manifestation of the New Earth.

We are so lucky to be here at this particular time period to be able to watch all of the changes that are happening. Who knows what will happen next, especially in the next seven years with Uranus in Taurus. There will be so many changes they will totally amaze everyone. We will be living on a 5D Earth and will be able to access many other dimensions. The energy of magic and miracles will be available to us all year. Love to all of you and have a very Happy Full Moon. So Be It!

My husband is doing much better and is almost out of pain. Blessings to all of you. I love you!

I can be reached at planetalert@hotmail.com