If you’ve been playing along, a few weeks ago I introduced my readers to a few major collections of planetary influences that are playing out through December into January. Some will last well into the next year but will go through changes along the way.

In this writeup, I want to mention that it’s based around the Full Moon eclipse so the emotional impact of this time period should be stronger or more obvious. Yet, in any case, the slower long-term aspects are in the background and a few of them have many months in which to play out.

As with all my reports, I provide the conclusion first followed by the details and then the raw data. 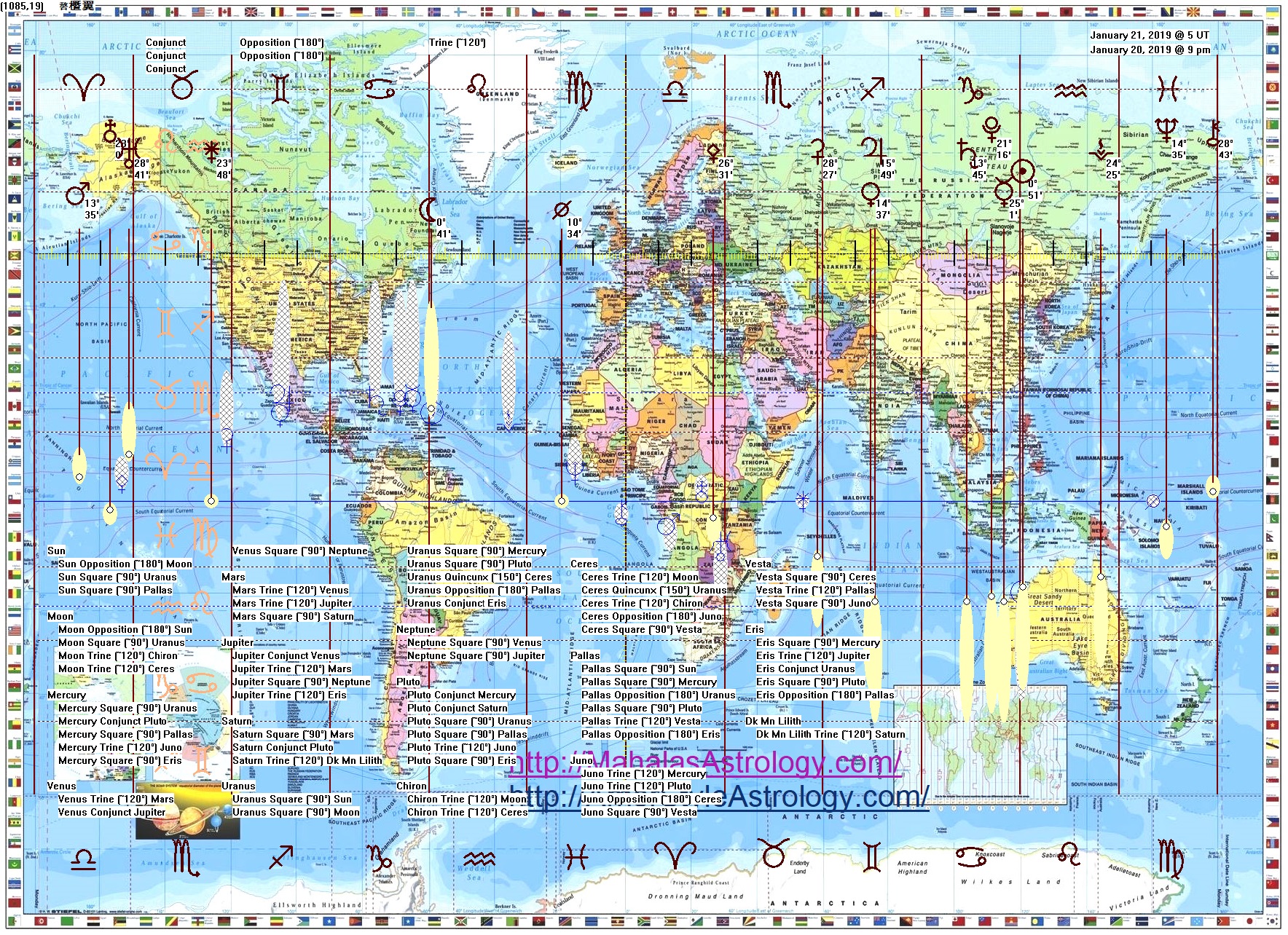 New Sun Moon aspect – The actual eclipse is positioned at 1 degree in both Aquarius, for the Sun and Leo for the Moon. This degree of Aquarius represents a primaeval fight for independence or the fight to get out from under the restrictions that restrain the leaders. At the same time, the energy from Pallas that has been ravaging Europe is brought into play here suggesting that this eclipse may elevate the unrest and riots to a more global scale. It may feel painful, but growth will be found in it.

New Venus Jupiter aspect – There is a short period of time where there will be high interest in some type of cultural event or activities. The mature feminine will be in play acting diplomatically and there will be the male and female tensions of attraction. This could play out in money being made or lost, or a lawsuit being won or lost. If there is any politics in play, the agitation comes from the left, full of emotions of discord.

Mercury Saturn Pluto aspect – This is a long-term energy that will be triggered by Mercury up and through the eclipse. This square seems to be all about the cultural transformation on a fundamental level that is done so under the tight regulation of Saturn. All the squares to this conjunction show that this is going to be a fight for higher moral and ethical values that will be demanded from world leadership from the political right. We may see police actions from leadership that is stated to be practical reactions to the situation which will not alleviate the situation.

Uranus Eris aspect – This aspect has been in affect for a long time and can be associated with the uprisings, rebellion and riots that we’ve seen around the world. When these planets turned direct, the focus was on government and how it will move forward. This aspect shows that Pallas has come in suggesting that the chaos that has rolled through Europe is going to continue moving east to press up against the Ukraine, Turkey and Egypt. Expect people to stand up for their individual rights and expect the leaders to break their promises.

Ceres Juno aspect – This is a low-level influence that should fester in the background regarding the homelife and family situations because there is conflict between the act of nurturing and where our loyalties lie. Expect touchy or painful intimacy situations where relationships are tested.

Pallas Vesta aspect – Here we have a low-level feminine energy that will be lasting all winter which accentuates the need to stand your ground to defend what you know is the truth being agitated in action. This area deals with everyday home life regarding issues of sensitivity, or intimacy along with education. As the Sun and Mercury swing by, it brings up issues regarding male authority that will be talked about.

Overall, the eclipse should bring out a sense of panic in the leaders as they will want to show their independence and fight to get free of the energies that shape them. It is that energy to clear you name or state your case. To the general public, they will not be happy with the show and why will act. Throughout the aspects, there are underlying moral and ethical issues that are the baseline of what needs to be addressed, yet it’s just festering in the background.

The other thing that really stands out to me is the trek of Pallas across Europe. It will be in a perfect opposition to Uranus come February 7-8th yet it is standing still to turn retrograde. While it’s standing there, Mars conjuncts Uranus in Aries which will energize Pallas’s journey back to Germany. Pallas turns direct over Germany around June and doesn’t leave Libra until September.

As always, that is the summary which is very brief. To see how the planets are grouped, what the deeper interpretation is and to get a link to the raw data used for the interpretation, please visit the full article on my website.