Now it is time to start living on a higher frequency Earth. I think it is time to start shifting frequencies and move to the 5D time-line where peace rules. We have been having Divine Intervention with all of the light waves that have been coming to Earth to raise our frequency. You can tell by the Schumann Resonance chart that the Earth frequency has been off the chart since March. (Schuman Resonance website)

Chart from May 4th

Things happen on the astral level first and then the energy comes to Earth.  On April 27, around noon PDT, I felt a wave of love come over me and it was wonderful. I was in bliss for a couple of days. I felt at peace with everything. Are you feeling this wonderful energy?  I sure felt it and continue to feel it. This energy is wonderful. I received an article saying that the Gateway to the Dove (peace and love energy) will open on May 5, 2019; The May New Moon is on May 4 at 3:46 PM PDT.  Archangel Ariel is considered the Dove. Here is the Gateway opening article on Facebook.

The hertz rate used to be 7.83 hertz and now it is up to 150 hertz, or more. We are being changed by very high frequency energy. Some people are having a hard time adjusting to this high energy and they end up angry or out of control and lash out at others. Some have heart attacks because of their heart being opened by this energy. The 7.83 hertz energy has been considered the heartbeat of Mother Earth. We used to resonate to that frequency. Now we are learning to resonate to a much higher frequency. We are changing and so is Mother Earth.

The time-line on Earth is splitting and we are now moving into the 5D time-line. Not everyone is moving onto that time-line because they are not ready. It is a matter of choice. If someone is not on the same frequency as you are there is a good chance that person will leave your life in some way. Like attracts like in the new energy and it is all about frequency. In the old energy opposites were attracted to each other because of lessons people needed to learn. That was called Karma. Now we are moving into the age of free-will. It is time to start manifesting the life we choose to live based on love.

On April 14 the Holy Season of Easter started and on April 20 the celebration of Passover started. The last day of Passover was on April 27 and that was when the wave of love first hit me.  There were also many acts of violence that occurred in April. First it was the fire in the Notre Dame Cathedral in Paris on April 15. That event affected people all over the world.  It was a beautiful Cathedral and had been there for a long time. 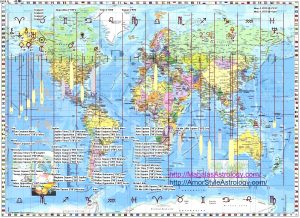 The Astrological reason that fire happened is that Jupiter is in the fire sign Sagittarius and that sign rules religion.  Saturn, Pluto and the South Node are all in the sign of Capricorn which rules structures. Pluto is the transformer and many structures have gone down because of that energy. Jupiter will be in Sagittarius until December 2, 2019. This means there will probably be more fires in churches all over the world. I knew that controlled religion would fall at the time of the end although I never thought it would be by churches burning.

Jupiter also rules courts of law, lawsuits, judges, attorneys; court cases etc. look at all the court cases that have been happening in the USA this past year. Many people have gone to jail for various reasons during this past year and there will also be more to come. Jupiter is the judge and we have been judging ourselves and others for a long time. It is time to stop judging so we can start manifesting peace instead of war.

There are three planets retrograde right now. They are Jupiter, Saturn and Pluto. Jupiter will be retrograde until August 12, Saturn until September 18, and Pluto until October 3, 2019. It looks like the lower frequency Earth will have a summer of more lessons in transformation. Hopefully the higher frequency Earth will be living in peace and love.

The Mueller report was released on March 24, 2019 after an investigation of almost two years. That was a Jupiter event, and Jupiter went retrograde on April 11. This means that more information will come forward to be looked at and our Congress will have to decide what kind of action they are going to take about the report.   The Democrats now rule our Congress and the Democratic Party is ruled by Neptune, a beautiful blue planet. She is shining in all her glory in the heavens right now because she is in her own sign of Pisces.  Mars is red and war- like and rules the Republican Party. We need peace right now, not war.

We are in the time of the sixth sun in the Mayan calendar and that is the sign of Virgo, the Virgin. Look at all of the women who are starting to rise to power all over the world. They are the ones who will bring peace to our world. Of course we also need gentle powerful men to help change this world.

Here is a Pleiadian article I found  interesting: link to Facebook article.

The planets are still very chaotic on this new moon chart which means more chaos.  It is time to stay connected to love energy so we can remain peaceful during this chaos. We are in the beautiful month of May and here in Seattle the flowers are in full bloom and they are gorgeous.  I just love this time of year because it is so beautiful. I feel like I am living in paradise.   Please walk softly on this beautiful planet and manifest love in all its glory. Enjoy life.

My husband fell off his bicycle this past week and broke his rib. Please send loving energy to him because he is in much pain.

I also broke one of my teeth this past week and that needs to be fixed.  They say “Ask and you shall receive” so I am asking for donations from anyone who may have some extra money to help me get my tooth fixed. You can send donations to Paypal.com and look for planetalert@hotmail.com. Thank you Earth angels.